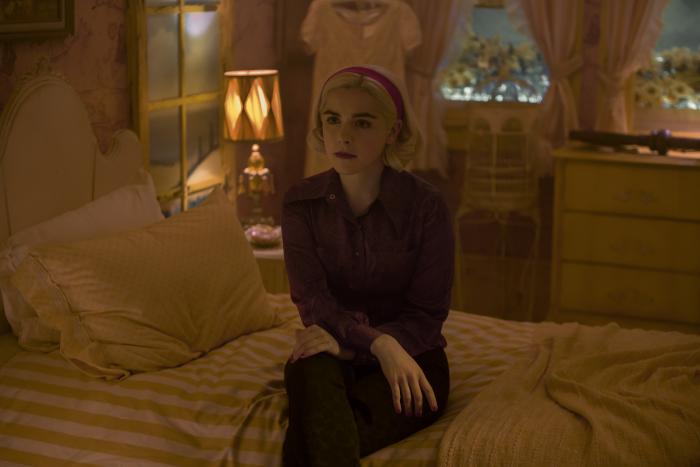 Warning! Major spoilers ahead for the ending of Chilling Adventures of Sabrina Season 4.

Chilling Adventures of Sabrina’s series finale was tragic and oh so very wrong. The writers went ahead and killed off Sabrina Spellman through sacrifice and it left such a bad taste in my mouth that to ever revisit this series in the future would be impossible. To preface this, death as a heroic trope is not always a bad thing, but it’s in the way that a series or film decides to do it that is key. Suffice it to say that Chilling Adventures of Sabrina completely failed its protagonist, its story, and its viewers by killing her off.

In Season 4, a story that had already taken a dark turn in its exploration of Sabrina Spellman (Kiernan Shipka), her witches coven, and her duality, went off the deep end completely. Tasked with defeating Faustus Blackwood (Richard Coyle), the former head of the Greendale coven, and the eldritch terrors — ancient and powerful entities whose arrival set off a chain of events that would lead to the end of the cosmos — Sabrina decided that the only way to stop the Void from swallowing up the world was to bleed herself dry to expel the parts of the being she had taken on the first time she’d attempted to stop it. And so, as her family and fellow witches chanted around her and entered the Void to save everyone who had been taken by it, Sabrina said goodbye to everyone and died. The end.

I was in shock for a while because I was more than convinced her aunts Hilda (Lucy Davis), Zelda (Miranda Otto), and cousin Ambrose (Chance Perdomo) would find a way to revive her. After all, Zelda has brought Hilda back from the dead plenty of times. Why not do the same for Sabrina? But no, both Sabrina and her other half, Sabrina Morningstar — queen of the nine circles of hell, who was the result of an unclosed time loop that left Sabrina split into two versions of herself — were both dead and buried, their family and friends left to mourn their loss and contemplate Sabrina’s sacrifice. Later, Sabrina is revealed to be chilling in the afterlife where she is joined by her boyfriend Nicholas Scratch (Gavin Leatherwood), who had gone swimming in the Sea of Sorrows and drowned.

It was a pretty chilling ending, to say the least. Sabrina’s death was a senseless sacrifice and one that didn’t need to happen for the plot to even work. Sabrina, who had only just turned 17, gave her life to stop the end of the world, an event that should have felt more intense and cataclysmic, but was much too far outside of the show’s scope to be done any justice. Her death was empty, dispiriting and abhorrent, written in for shock value and to pull an emotional response from the audience (it did, but at what cost?). For Sabrina to die at the height of her power, with so much of her life left to live and so much more of her personal life left to explore, cheapens the show and the story it began telling in Season 1.

What’s more, Sabrina was never the kind of hero the show tried to make her out to be. She was just a regular teenager who also happened to be a witch, not some savior who was destined to save the world. Sabrina didn’t need to be sacrificing herself to have purpose, but that was exactly what the series was going for. Her death comes as an even bigger slap in the face when you realize Season 4 had barely explored Sabrina as a person and worse, made her feel insignificant in the eyes of both her fathers — Edward Spellman appears as one of the resurrected and basically tells his daughter that she was never his and he never loved her, while Lucifer declares the primary Sabrina the enemy and blames her for the death of his true daughter. Just when Sabrina is happy again and has her life back on track, her life is unexpectedly cut short. Was her sacrifice meant to fill the void she was supposedly feeling? Maybe, but that was never properly shown onscreen. The writers of Chilling Adventures of Sabrina made it clear that death is ultimately preferable to grappling with Sabrina’s emotions. The series also depicts Sabrina’s death as noble, needed, and selfless, but it was merely the result of lazy writing and an utter lack of imagination.

And I won’t forget about Nick. Oh, no, no, no. This man purposefully died to be with Sabrina in the afterlife, knowing that the Sea of Sorrows had a dangerous undertow. Chilling Adventures of Sabrina romanticized the idea of dying for love and it’s problematic on so many levels. The series put his relationship with Sabrina up on a pedestal and it was clear for a long time that they were the ship of the show, but to then have Nick die so that he could be with Sabrina sends such a terrible message that to look at it and say “aww,” as I’m sure was the intended reaction, is rather disturbing. There was so much potential lost with this series and, now that it’s over, its ending will be remembered as a disaster rather than as a triumph.

← Deplatdorming Fascists is a Good Thing. Twitter Having This Power is a Bad Thing | The Shifting Media Narratives of Olivia Wilde, Harry Styles and Jason Sudeikis → 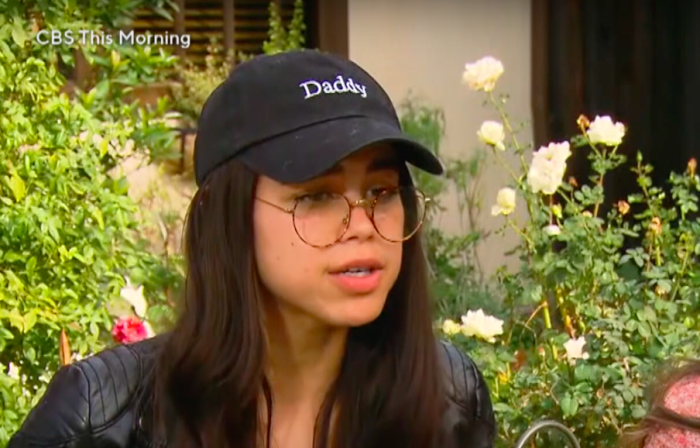