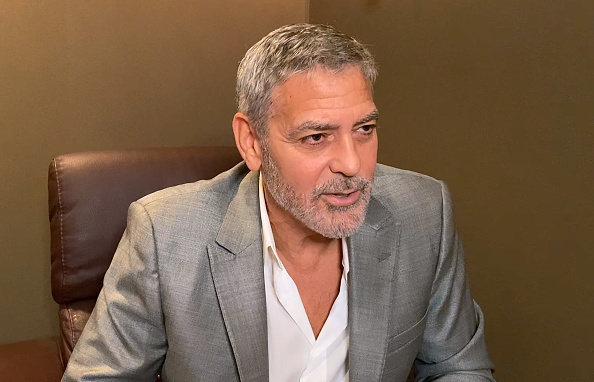 — I don’t watch The Flash, but I did for a couple of seasons because I love Tom Cavanagh and I love Jesse L. Martin, who sometimes I can’t even look at without getting misty (“I’ll cover yoooooouuuu.”) Alas, Cavanagh is leaving the series after seven seasons (it’s been on for SEVEN YEARS) along with Carlos Valdes, who plays Cisco Ramon. Actually, Cavanagh hasn’t been on since episode three of this season, when he finished what was supposed to be his original season six arc (but was pushed because of the pandemic). He will, however, return before exiting. Jesse L. Martin appears to still be on the series.

— Though it kind of sucks in the original content department outside of The Good Fight and its Star Trek series, Paramount+ is quietly doing well, adding 6 million more subscribers in the first quarter (thanks to its rebranding) to bring its total to 36 million global subs. Next month, they’re going to add 1,000 movies to their catalog, and starting next year, they’re going to release a new movie each week, which sounds great, but recall that Netflix promised the same in 2021. How many of those movies have you watched?

That said, the Mark Wahlberg and Antoine Fuqua sci-fi thriller Infinite, which was supposed to open in theaters in September, will instead go straight to Paramount+ in June. Paramount also gets a fairly short window on its own movies, too, so A Quiet Place 2, which opens in theaters over Memorial Day, will hit the streamer 45 days later.

— Speaking of Paramount+, The Rugrats, which easily has the best Passover special, is being rebooted and will premiere on the streamer on May 27th. I was sort of into the lo-fi 2-D animation of the original, but maybe this is OK?

— Oh, and an update to my fellow The Good Fight fans: It is currently in production, and Cush Jumbo and Delroy Lindo are returning to finish out their arcs before leaving the series. Bummer? Yes. But, Mandy Patinkin is joining the cast along with Charmaine Bingwa.

— Blake Lively will star in, and Diablo Cody will write Lady Killer, adapted from the Dark Horse comic. Lively will play a 1950s housewife who moonlights as a highly-trained killer for hire, although her husband has no idea.

— If you were wondering where Janeane Garofalo got off to, she’ll recur in season 5 of Showtime’s Billions set to air later this year (the first half aired last year, but was preempted by the pandemic).

— Finally, this is not casting or industry-related, but George Clooney turns 60 today. The man nearly died in a motorcycle accident and has gained and lost tons of weight like 17 times, but he still looks great, and he’s still very funny and a good guy. To wit: