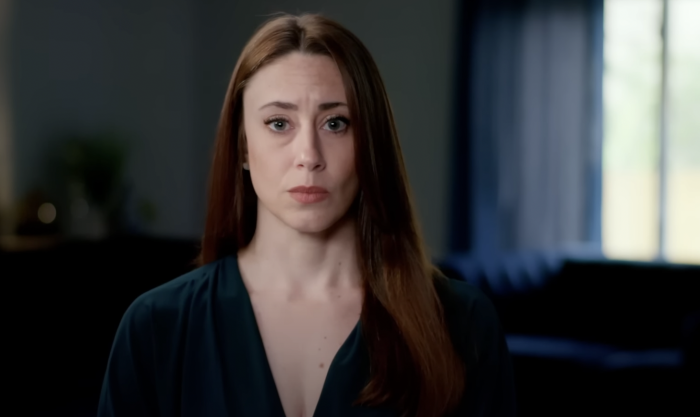 Casey Anthony Is Ready to Talk, But She Doesn't Look Happy About It

Between the time I read In Cold Blood and watched Making a Murderer, I somehow managed to mostly tune out anything involving true crime. I missed the whole Nancy Grace era. I missed the original Staircase murder. I missed Laci Peterson, the Menendez Brothers, and Amanda Knox. The only thing I really know about any of those cases is what I might have picked up on a Law & Order episode.

I missed the Casey Anthony case, too. In 2011, Anthony was charged in the murder of her two-year-old, and after a six-week trial in which the prosecutor sought the death penalty, Casey Anthony was found not guilty. I think the popular wisdom is that the jury was dead wrong.

Ghoulish thought it may be, Casey Anthony will be the subject of a three-part documentary for Peacock. Anthony has mostly remained quiet about the verdict, so Casey Anthony: Where the Truth Lies will be the first huge exploration of the case. Here’s the teaser, which reveals nothing but is weirdly intriguing:


Casey Anthony: Where the Truth Lies will stream on Peacock — which has given up on comedy and appears to be going all in on this sort of thing — on November 29th.