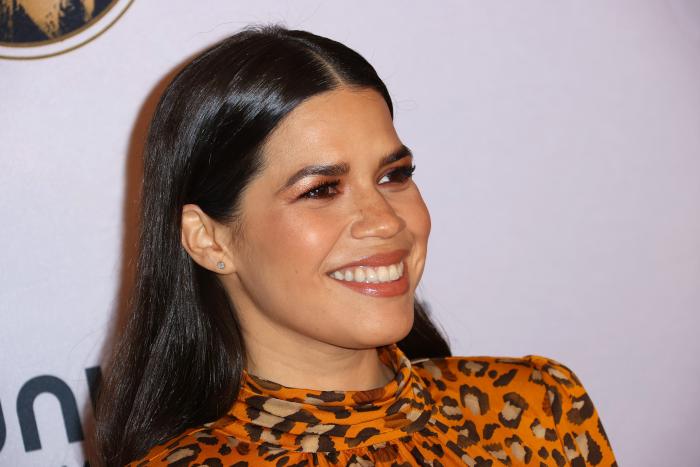 Superstore’s success has been a quiet revelation. While it’s currently one of the best NBC comedies, the show largely flew under the radar for a long time. However, it got plenty of buzz and attention when it finally went there with its immigration storyline involving Nico Santos’ Mateo at the end of Season 4. While that particular season finale was harrowing to watch, it was also incredibly important. With the sitcom’s willingness to tackle more serious topics — the lack of healthcare, terrible wages, immigration among them — with grace and humor, Superstore quickly became a must-see TV comedy.

Tragically, I didn’t start watching Superstore until its fourth season, but once I’d binged all the seasons of the workplace comedy, I was hooked. One of the staples of the show has always been the inimitable America Ferrera. As Amy Sosa, Ferrera was resolute, sarcastic, irritable, and full of so much heart. She was a well-rounded female character with a good head on her shoulders. However, Ferrera recently announced that Season 5 of Superstore would be her last and her departure from the sitcom is incredibly upsetting.

The series has already been renewed for a sixth season, so to get the news that Ferrera was out, just as her story was picking back up in Season 5, is frustrating and shocking. Amy has been at the center of a multitude of storylines, cultivating relationships with Cloud 9’s employees for seasons, so to imagine the show without her next season is… well, it’s hard to do. Amy is part of what makes Superstore so memorable and Ferrera’s exit is leaving a large hole that no one will be able to fill.

Of course, the actress isn’t the first to leave a series behind before it wraps for good. Steve Carell left The Office at the end of Season 7, even though the series continued for two more seasons without him. Meanwhile, Jason Ralph, who played The Magician’s protagonist Quentin Coldwater, parted ways with the Syfy series at the end of its fourth season (to be clear, however, his character was shockingly killed off). Once Upon a Time even tried to carry into Season 7 without the majority of its leading cast. Most, if not all, of these shows suffered greatly due to the absence of their leading characters.

In the case of Ferrera’s departure from Superstore, it’s even worse because she’s not simply a leading character, she’s one-half of the sitcom’s biggest romantic relationship. As far as we know, Ben Feldman is staying on the show as Jonah in Season 6, leaving the future of their relationship rather murky. Their slow-burn, sexually charged romance was one of the best things about the show in its earlier seasons and they were developing nicely even after they got together at the beginning of Season 4. Their romantic relationship has even been likened to that of Jim and Pam on The Office.

Admittedly, their relationship has been on the back-burner in Season 5, but where does that leave the pair in Season 6 given Ferrera’s absence? Is Amy headed to bigger and better things at Zephra’s headquarters? Will she and Jonah maintain their relationship, but offscreen where we can’t see it? There are so many unanswered questions that linger and there’s only so much time left to wrap up Amy’s storyline — and, by extension, parts of Jonah’s as well.

I’m of two minds on the issue. On one hand, Ferrera’s exit comes at a time when the show is no longer reaching the heights of its previous four seasons. Season 5 saw the torch being passed from creator and former showrunner Justin Spitzer to executive producers Gabe Miller and Jonathan Green. The change in showrunners definitely hurt the show, as it’s no longer as witty or charming as it once was. Something is just off.

On the other hand, Ferrera’s shocking departure shakes up the show’s entire core. Superstore is an ensemble comedy, yes, but given how focal a character Amy has been, there’s a big chance that her absence will bring down the show’s quality even further. Regardless of whatever happens moving forward, her exit is a major blow, one that calls the series’ future into question.

← An Emotional Ben Affleck Tells Jimmy Kimmel About How Adam Driver Got Him Out of a Jam | After 'Love, Victor' and 'Lizzie McGuire', What Shows Get To Be Called 'Family Friendly' on Disney+? →