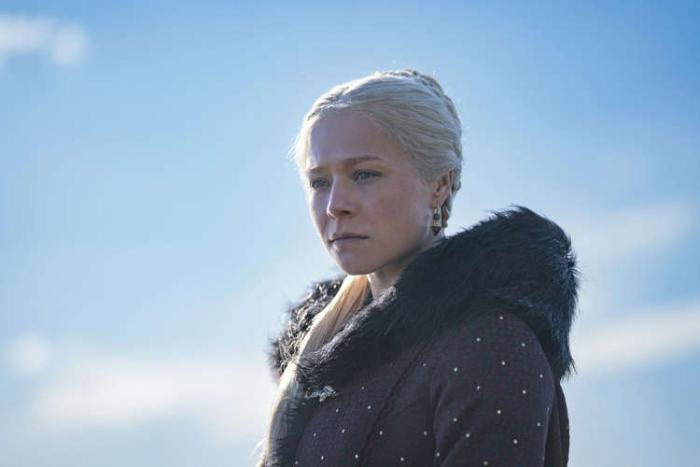 Bullet Points: An Instructive 'House of Dragons' Trailer, and 'Saved by the Bell' Dings No More

— Peacock has nixed its Saved by the Bell reboot after two seasons, which is a bummer. It was much better than you might think, and one of those rare shows that adults didn’t mind watching with their kids.

— Jeremy Strong will produce and star in a series about the doomed Boeing 737s, the planes that were grounded in 2017 after it was discovered that the plane’s stabilization system had caused two separate crashes, killing nearly 350 people. Chris Terrio (Argo) will write, and Strong will play an engineer.

— Janelle Monáe will take on the role of Josephine Baker — entertainer and spy — in the A24 series De La Resistance. That’s just good casting. The series will be based on the book Agent Josephine: American Beauty, French Hero, British Spy written by Damien Lewis (no, not Damian Lewis).

— HBO Max’s Julia, the series based on Julia Childs, has been picked up for a second season. It’s one of the few HBO series I haven’t gotten around to yet, but reviews have been solid, so I expect I’ll catch up before season 2.

— Queen Latifah’s Equalizer series has been picked up for seasons 3 and 4 by CBS.

— Neil Patrick Harris has a new series coming to Netflix on July 29th. It’s called Uncoupling, and it looks like it’s about dating … or not dating.

— Finally, here’s the latest trailer for House of Dragons, the Game of Thrones prequel coming to HBO this August. This one actually features a dragon! I’m still not sure I’m up for this, but based on the trailer, I’m not not up for it, either.


← The GOP Should Destroy Madison Cawthorn, But They Should Do It For the Right Reasons | Americans On Kimmel Prove They Know More About 'Star Wars' Than U.S. History →