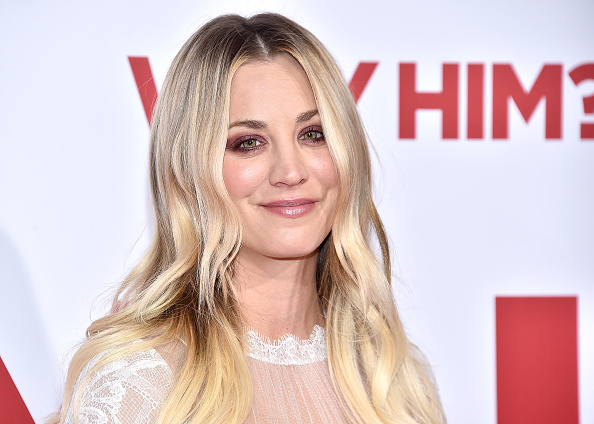 Bullet Points: A Jew-ish Food Writer Is Cancelled, 'The Flight Attendant,' and 'Only Murders in the Building'

— I am not particularly well versed in the food world, but I do know who Jake Cohen is, if only because I bought his cookbook, Jew-ish, for my wife for Hanukkah after author Taylor Jenkins Reid recommended it on her Goodreads. It was something of a surprise a month later to learn that he’d been sued for racist and sexist comments he made at Feedfeed, a food media company where he served as editorial director from 2018 to 2020. That’s unfortunate.

According to The Times of Israel, the lawsuit was filed by two women of color, Rachel Gurjar and Sahara Henry-Bohoskey, who allege that while they were employees of Feedfeed, Cohen treated them like maids, discouraged Gurjar from having children, and “bullied, nitpicked, harassed and screamed orders” at them. Moreover, he was heard to say at the beginning of the pandemic, “Oh my god, I am so scared I am going to get the coronavirus because I have so many crazy rich Asians living in my building who keep getting packages from Korea and China!”

I am guessing Cohen will survive the “cancellation,” as the only other outlets I’ve seen pick up this news were two Jewish newspapers and Eater. He also hasn’t lost any followers since the suit was announced. Alas, as we’ve learned from Caroline Calloway, “cancellation” in the influencer world only makes you more popular.

Cohen denies the bullying allegations and said that the remark was embellished and that it was a reference to Crazy Rich Asians.

— You’d think that, given the success of the Jumanji films, the marketplace would be flooded with family-friendly-ish action-adventure movies, but they are hard to find. It’s probably why so many of us fall back on Indiana Jones movies on family movie nights. Rawson Thurber’s Red Notice — featuring Dwayne Johnson, Gal Gadot, and Ryan Reynolds — at least temporarily filled that gap at the end of last year, becoming the most successful Netflix film of all time in terms of streaming hours watched (Don’t Look Up has since taken that title, at least for hours watched during its first week). Critics weren’t enamored with it, but we were fans in my household, and it sure was a damn sight better than Jungle Cruise, which we watched on the same weekend.

Deadline is reporting that Netflix is moving ahead not just with one sequel but two, which will be shot back-to-back. Reynolds, Johnson, and Gadot will all be back, and they will also bring along some more big names to join their ever-growing heist crew a la Ocean’s 11. Thurber is working on the scripts, and shooting is expected to begin in 2023 (after Ryan Reynolds’ hiatus, presumably).

— Sony is making a live-action adaptation of Harold and the Purple Crayon, which makes no sense to me. Deadline is reporting that Lil Rel Howery and Zachary Levi will star in the film, neither of whom I assume will play Harold, the four-year-old who creates worlds around him with his magic crayon.

— Sharon Stone has joined the cast of the second season of Kaley Cuoco’s Flight Attendant. She will play the mom of Cuoco’s character. That is good casting.

— Tomi Adeyemi’s YA fantasy novel Children Of Blood And Bone was inescapable a couple of years ago, and now the trilogy of books is being adapted for the big screen after Paramount won a bidding war for the rights. Adeyemi will adapt it herself.

— I grew up on Wes Anderson films (and watched Bottle Rocket on consecutive nights for about three weeks at one point), but some switch was flipped in my brain a few years ago and now I cannot muster any enthusiasm for them. I have skipped the last four (Fantastic Mr. Fox was the last one I saw). I’d love to get excited for the next one, if only because of the cast, which includes Benedict Cumberbatch, Dev Patel, Ralph Fiennes, and Ben Kingsley. Rupert Friend and Richard Ayoade have also been added to the cast of The Wonderful World of Henry Sugar based on a series of Roald Dahl’s short stories. Anderson is making the film for Netflix, which I think is the appropriate outlet for him these days.

— According to Martin Short, Amy Schumer and Shirley Maclaine will join the cast of the second season of Only Murders in the Building.

— This is exciting: Joe Weisberg and Joel Fields, the creators of The Americans, have created and will write a half-hour series for FX called The Patient. Domhnall Gleeson and Steve Carell will lead the series, about “a psychotherapist (Carell) who finds himself held prisoner by a serial killer (Gleeson) with an unusual request: curb his homicidal urges. But unwinding the mind of this man while also dealing with the waves of his own repressed troubles creates a journey perhaps as treacherous as his captivity.” I am in.