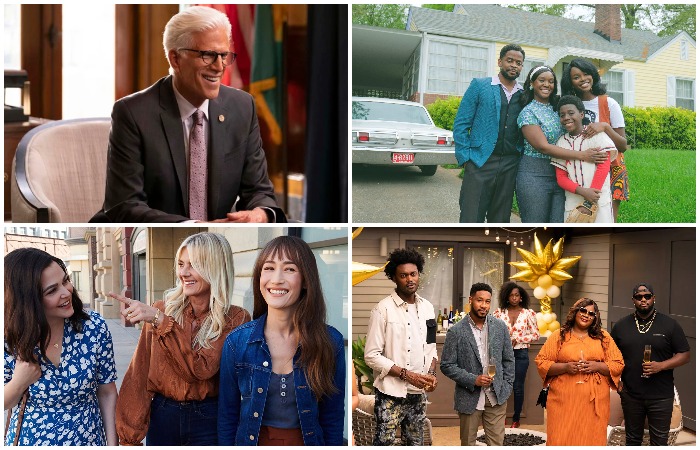 Bubble Watch: All the Network Shows that Have Neither Been Renewed nor Canceled

The Bubble Watch — which arrives around the second week of May each year — used to be a much more exciting/stressful time. Historically, a lot of our favorite shows seemed to exist, year to year, on The Bubble: Scrubs, Community, Parks and Recreation, iZombie, Brooklyn Nine-Nine, etc., and you just never knew from one season to the next if your favorite show would return.

That tension and uncertainty doesn’t exist as much anymore, except obviously for the cast and crew who work on those bubble shows who still don’t know if they have a job to come back to next year. The reasons are myriad, but much of it is because most broadcast network television shows are bad, so we don’t care as much. But also, Internet and critical buzz factor in now, and those shows that receive a lot of it can usually get a pickup, even if their week-to-week ratings are middling (Abbot Elementary, has already been picked up, which was more about future ratings — and the value it will bring to Peacock — than existing ratings).

With all that said, here’s what is still on the bubble:

CBS: Magnum P.I., United States of Al, and B Positive.

I can’t believe Al even made it through its second season given the politics of it after the fall of Kabul (I have seen a few episodes and can only say that I didn’t hate it as much as I thought I would); I’ve never heard a single person in real life mention B Positive, Thomas Middleditch’s follow-up to Silicon Valley, which I believe is about a guy who falls in love with his organ donor; and I honestly assumed that Magnum P.I. had been back for a decade already (it’s only in its fourth season) because time has no meaning.

I do have some vested interests here, although not in Endgame, which I bailed on midway through episode three (I love Morena Baccarin, but not this much). I liked American Auto a lot out of the gate, but my interest waned some over the course of the season, while I felt just the opposite about Grand Crew, and I’d be disappointed to see it go. There wasn’t enough Randall Park on Young Rock to keep me watching into its second season, while I do absolutely love Mr. Mayor, not just because of Ted Danson but because of a fantastic supporting cast. I’d be disappointed, but not crushed to see it go.

I am surprised that 9-1-1 hasn’t been picked up yet, and I can only assume it’s financial and not because of ratings. Tori got me hooked, and while I still watch, she bailed. Call Me Kat is bad, but my younger kids adore it and they’d be devastated to lose it (it’s a wholesome sitcom throwback). Pivoting probably won’t be renewed, which is a shame with the potential of that cast (and the show improved in season 1). I watched all of Welcome to Flatch and I could never get into it much, nor could I understand why Aya Cash had such a small role in it.

I don’t care about The Conners, although I cannot believe it’s been four years since Roseanne was fired; Home Economics is the perfect disposable sitcom, and we need more of those, not fewer! I finally bailed on A Million Little Things in season three when people stopped reading the recaps; and I hear that Big Sky has improved and might even be worth re-investing in. The show I’d hate to lose more than any other Bubble Show this season is The Wonder Years, which has become the family sitcom my family likes more than any other these days.

I thought that the CW basically renewed all of their series every season. Not this year. I can’t speak to these because I’ve never seen an episode of any of them (and haven’t even heard of a couple) because my whole CW heart belongs to Kung Fu and Kung Fu alone.

← Why Did It Take So Long for Someone to Finally Fire Fred Savage? | 'Moon Knight', 'We Own This City', 'Barry', And More On Podjiba! →