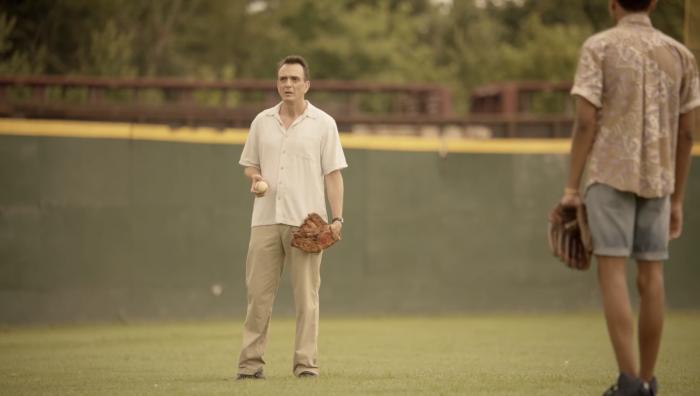 'Brockmire' And The Art Of Getting By

IFC aired the series finale of Brockmire last night, and it was good. That’s the real extent of my review. Brockmire as a full series is phenomenal, and you should watch it. But I’ll be the first to admit that the last season wiffed it a bit (sports ball joke). It wasn’t bad, it just didn’t keep it Brockmire. And this might be the only time that keeping it Brockmire would have been the correct decision.

Part of the problem might actually be me. The last time I reviewed a series finale, it became a thing that I love more than you love your children (I do. I really, really do. Also, please no one start playing The Mountain Goats, it will literally kill me). So all shows from here on out are going to have big shoes to fill. But a bigger issue is probably that the time-jump forward into a dystopian hellscape didn’t really work. Partly because everyone for the past three years should have expected a dystopian hellscape at any moment, and partly because all it really did was externalize the pain part of the joy/pain tightrope that Brockmire has walked so well over the past four seasons. Brockmire the character is happy now. He’s been sober for years; has a good, though possibly codependent, relationship with his daughter (although they’re both working on that); a friendship-with-benefits with his ex-wife; and, once he managed to reconnect with Jules, the beginning of what seems to be a happy marriage. He’s the goddamn commissioner of baseball by the end of this. Yes, baseball has fallen out of favor with the general public, but Brockmire has teamed up with an omniscient, future Siri named Limon who wants to eliminate social and economic inequality to allow for world domination and saving baseball is part of her plan. Fuck, even Brockmire’s Parkinson’s is being treated, and he’s got another eight to ten years. Things are looking good.

But that was never the point of Brockmire. Brockmire deserved a happy ending, but not this happy ending (phrasing). Because, while anyone can have a happy ending when everything is good, Brockmire already figured out how to have a happy ending when things are sh*t. I’m going to take you all the way back to the second episode of the series. You remember how Brockmire wooed Jules? “I may not be the best f*ck in any room, but I am definitely the best f*ck in this room.” That, more than any other single line in the show, might have been what Brockmire was most about. Blunt, vulgar, funny, and most importantly, goddamn true. (Sidenote, do we have to talk about how Hank Azaria might be hot now? Because I’m not saying that line would work on me, but it wouldn’t not work on me either.)

And it’s why the real happy ending that Brockmire deserved came at the end of season three. That was the season where Brockmire struggled with his newly found sobriety. And trying to figure out how to be charming and effective at his job while sober. And Jules marrying his best friend. And dealing with impotency and his new girlfriend leaving town. Also grieving the loss of his colleague and friend Matt the Bat (J.K. Simmons being exquisite as always), a man who he’d hated until the last five weeks of his life because fuck, did I say this was the happy ending?

It was, and it is. Because despite the fact that things were mostly shit and Brockmire could have gone back to drinking and being an asshole, he didn’t. Things were terrible, and Brockmire chose to be happy and hopeful in the face of them. I’m not saying that’s always possible because *gestures wildly*, but it’s a blessing from the baseball gods when it happens. The baseball gods blessed us with a show that was as funny as it was mean as it was truly darkly touching, and, regardless of the real ending, I’ll always be grateful that Lucy lucied Bob Greenwald.

← On Thirst and Subversive Gender Performance in 'True History of the Kelly Gang' | What the Hell is Kevin James Doing in the 'Becky' Trailer? →