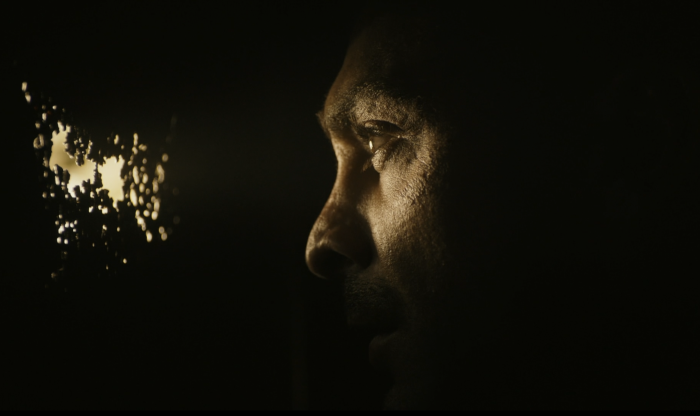 (spoilers for season 6, episode 3; note this article contains a discussion on suicide)

When I covered the season premiere last week, I glossed over the plight of Ignacio “Nacho” Varga for a number of reasons, including time and (self-imposed) word count constraints. But mostly I did it because I knew that there was going to be much more to his story beyond his daring escape out of the motel and away from the Cousins (Daniel and Luis Moncada). My assumption proved correct, as did my guess as to what Nacho’s fate would ultimately be, though there was no way to know how that end would come or the events that would lead up to it. Only one thing was absolutely certain: it would be heartbreaking.

At the top of the episode, we see Nacho has managed to drive the battered pickup truck away from the motel, driving it along the rims before finally coming to a stop. It’s not far enough, however, because the Salamanca crew is still coming, forcing Nacho to hide in an old oil tanker. It seems like an awful idea at first (“That’s the FIRST place they’ll look!” I kept yelling), but Nacho is able to call upon his wits and sheer guts yet again and lower himself inside a shallow pool of leftover oil long enough for the Cousins to continue the search elsewhere. Upon finding refuge, along with a water hose and a bar of soap, at a kind auto mechanic’s shop, he uses the phone to call his father, Manuel (Juan Carlos Cantú).

Of all the many relationships that drive the series, Nacho and his father is one of the most emotional pairings. We watched as Nacho worked in his father’s auto upholstery shop—the shop that Manuel quietly hoped to leave him one day—and tried to act as the dutiful son while keeping his criminal activities under wraps. Unfortunately, with Hector Salamanca’s (Mark Margolis) wish to use the shop as a cover to bring in drugs, Nacho had to confess his involvement with the Salamanca crew to warn his father to go along with Hector’s demands. It’s hard to forget the kitchen table scene in season three, seeing this loving father and son wind up at such a terrible impasse, one disappointed, the other filled with shame. This phone call is yet another conversation that leaves everything important unsaid. Only this time, instead of a clear warning, it’s secretly a goodbye. “Solo quería escuchar tú voz” (“I just wanted to hear your voice.”), Nacho tells him. Manuel, his fatherly instinct activated, knows there’s something wrong. But like many loved ones trapped in cycles with family members caught up in self-destructive behavior, Manuel’s said all there is to say. At a certain point, tears finally become exhausted. For Nacho, however, it’s all he can do to hold his tears back. The faint hope of whisking his father to safety in Canada is an impossibility. Once he hangs up the phone, he knows there’s only one course of action left to him: death.

Now it’s simply a matter of making a deal. Nacho’s life in exchange for Manuel’s protection. In return, Gus Fring (Giancarlo Esposito) will be able to remove himself from any suspicion that he had any involvement with the organized attack on Lalo Salamanca’s (a merrily wicked Tony Dalton) compound. All Nacho has to do is give himself up and claim he’s secretly been on a rival gang’s payroll. It’s a risky deal; the only thing Nacho has to go on is the word of Gus Fring. The closest thing to a guarantee he has is Mike Ehrmantraut’s (Jonathan Banks) word that he will watch over Manuel. It’s as good as it’s going to get. Gus’ crew brings him back, allotting him one final meal before being beaten by Mike in order to convincingly sell the fact they ‘captured’ Nacho. Mike volunteering for the grim task may seem like an act of cruelty to some, but both he and Nacho know that it’s the least miserable way to go about it, especially since we’ve seen firsthand the cruel lengths Victor (Jeremiah Bitsui) will go to make it seem real (one doesn’t easily forget being shot twice and left out for hours in the desert sun). But first the two men share a drink with one another, both in acknowledgment of the ordeal that has already happened, the one that is yet to come, and a temporary means of dulling the pain.

The plan appears simple on the surface: Nacho will confess to Juan Bolsa (Javier Grajeda) and then provoke Victor to shoot him before The Salamanca’s ever have a chance to torture him. Mike, still being as compassionate as this life will allow him to be, will be posted along a ridge, waiting with his rifle to swiftly kill him in the event something goes off plan (with the Salamancas involved, simply dying is the least of one’s worries). “There are good deaths and there are bad deaths,” Juan Bolsa explains. “Tell me what I need to know, I’ll see that your death is a good one.” Nacho is silent for a discomforting length of time. He looks over at Gus, a ploy to cast doubt as to whether or not he intends on sticking to the agreed upon script (bless Esposito for his ability to convey menace and concern with one small head tilt). Of course, Nacho sticks to his word and says what everyone, Gus especially, wants to hear. He tells them that a rival crew was behind Tuco’s set up. Hector still believes that Gus had a hand in it, but Nacho convinces him otherwise by doing the unexpected, which is to tell the truth (with the exception of mentioning Gus, of course) in what is likely the fiercest, most vitriolic monologue delivered throughout the entire series:

Alvarez has been paying me for years—years! But you know what? I would’ve done it for free, because I hate every last one of you psycho sacks of sh*t. I opened Lalo’s gate. And I would do it again, and I’m glad what they did to him. He’s a soulless pig, and I wish I’d killed him with my own hands. And you know what else, Hector? I put you in that chair. Oh, yeah. Your heart meds? I switched them for sugar pills. You were dead and buried, and I had to watch this assh*le bring you back. So when you are sitting in your sh*tty nursing home and you’re sucking down on your Jello, night after night for the rest of your life, you think of me, you twisted f*ck!

Six seasons of Nacho Varga coping with plots gone awry, but this is the first time we’ve witnessed the full extent of his rage. Such is the effectiveness of watching a naturally quiet man finally release the feelings he’s held back on for so long (the full-chested growl Michael Mando allows his voice to descend to is disconcerting in the best way possible). This is the moment when everyone in on the plan expects him to run but he doesn’t. Using the small shard of glass concealed in his palm, undoubtedly snatched from the trash while he was left alone in Gus’ trailer (in the previous episode, if you recall, Gus accidentally knocked a glass onto the floor), he cuts the plastic tie around his wrists and takes Juan Bolsa hostage with his own gun. He stops to look around, savoring the shock and disbelief on everyone’s face before turning the gun on himself.

It’s one thing to anticipate a character’s death, but it’s another to actually see it happen. Knowing that it’s impossible—secret hope of a miraculous deux ex machina aside—for Nacho to escape does nothing to lessen the horror of that moment. But as the shock slowly washes away, much like the rain on that same shard of glass left out in that patch of desert in the cold open, it’s the best way out available to him. Nacho’s life came to an end on his terms, and not even Hector’s petty need to continuously shoot him with the help of his nephews could take that away.

Throughout the episode, we look in on Kim and Jimmy, most notably in the scene in which ADA Suzanne Ericsen (Julie R. Pearl) discusses Jimmy’s cartel ties to Kim, whose word of advice (“Do you want to be a friend of the cartel, or do you want to be a rat?”) to Jimmy seems to have solidified her place as the criminal mastermind in their relationship. There’s also a lively scene with everyone’s favorite pickpocket, Huell Babineaux (Lavell Crawford), pulling a small heist of sorts on a valet, but both of these scenes are set ups for future episodes. The hour is primarily the culmination of what happens when a man’s choices become whittled down to nothing yet still manages to find a measure of satisfaction as his life (one that’s been varying degrees of hell since season four) comes to an end. With ten more episodes to go, the fact that this major death occurs so early on in the season portends some truly dark times ahead.

Kaleena Rivera is the TV Editor for Pajiba. When she isn’t laughing at herself over the fact that she only just realized last week that Tony Dalton was in Hawkeye and failed to recognize him despite his appearance being completely unchanged, she can be found on Twitter here.