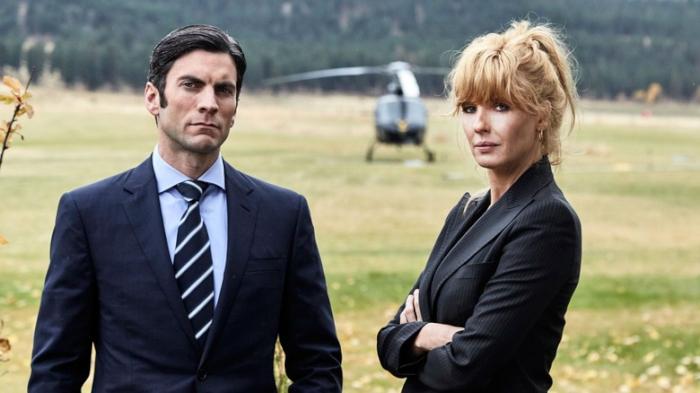 Beth Needs To Get Over Her Hatred of Jamie on 'Yellowstone'

Beth Dutton (Kelly Reilly) has never liked her “brother,” Jamie Dutton (Wes Bentley), and for a few seasons, it made for excellent drama on Paramount’s Yellowstone, particularly when we didn’t understand the mystery behind her hatred. But more recently? It’s been played. It’s exhausting. Revenge is one thing, but what Beth is doing goes beyond that and well into “let it go, already territory.

For the unfamiliar, Jamie has always been depicted as something of a weasel and a f**k up in the Dutton family, although god knows that no one has been more loyal than him. Kayce and Beth are reluctant participants in the family business, but Jamie has always been an earnest and good soldier who does what his father asks. He went to Harvard Law because his father applied for him, and he was fully prepared to give up whatever dreams he had to be the political arm of the Dutton ranch, accepting positions as Land Commissioner and Attorney General for the good of the family ranch. He was even set to run for Governor until his father lost faith in Jamie because that’s the only thing that John Dutton ever does with Jamie: Lose faith in him.

Despite his fealty to the family, Jamie has never been able to regain his father’s trust despite all his efforts. When he messed up and gave information about the Duttons to a reporter, he literally murdered the woman to prevent family secrets from leaking. He moved to the bunkhouse and took a stab at learning how to be a rancher to appease his father. No dice. When Jamie’s fiancee asked him to choose between her or the Dutton family, Jamie chose the family. When Jamie found out he was adopted, what did he do to prove his loyalty to John Dutton? He murdered his biological father. That’s hardcore. (There’s a lot of murder for a show about ranching.)

And yet, John mostly continues to feel somewhere between mildly repulsed and apathetic when it comes to Jamie. When it comes to Beth’s feelings about Jamie? It’s a constant barrage of hate, spite, and emasculation. All she does is bully Jamie, and all Jamie does is take it, and the dynamic between the two is exhausting because it never changes. There is no evolution. There is nothing that Jamie can do — and he has tried — to win Beth’s forgiveness.

For those who may have forgotten why Beth despises her adopted brother, it’s not as though the hatred isn’t warranted. When Beth was a teenager, she got pregnant. She sought help from Jamie, who assisted her efforts to get an abortion. But, in order to keep the pregnancy from leaking to the press and embarrassing the family, Jamie took Beth to a free clinic on a Reservation, where sterilization was mandatory with abortions. Jamie knew that. He didn’t tell Beth, and now Beth can’t have children, and she has spent the last 20 years resenting Jamie for it.

That’s fair, and there is no excuse for Jamie not telling Beth the abortion would rob her of the ability to have children. But also, Beth was a teenager seeking help from another teenager, and it’s not like teenagers exercise a lot of judgment or consider the future consequences of their actions. Maybe asking her immature idiot brother for help in this particular situation was ill-advised, as well.

Still, as justified as Beth’s spite, resentment, and hatred might be, it makes for a lousy and interminable storyline on Yellowstone. The first few times that Beth bullied and emasculated Jamie might have been entertaining for Yellowstone viewers, but it’s been five seasons now. I’m not saying that Beth should get over it, but I am saying that it should no longer define her relationship to Jamie. She needs to let it go.

In this week’s episode, for instance, Jamie spent his entire day working on a deal to get Beth released from jail and have the charges against her dropped stemming from a bar fight. He sprung Beth and saved their father — the governor of Montana — the public embarrassment of having a daughter imprisoned for beating the shit out of another woman. And how does Beth show her appreciation? By initially reminding Jamie that she has complete control over his life, and then threatening to make sure that Jamie never gets to see his own son again. If she can’t have a kid, she reasons that Jamie shouldn’t be able to, either.

Beth is toxic. She suffered a trauma. She needs therapy, and she needs to let it go, not for Jamie, but for herself. But also, for the viewers of Yellowstone because this shit is getting old. This ax don’t grind anymore. It’s not fun or funny. It’s annoying. Beth either needs to move on, or she needs to murder Jamie so the rest of us can move on.


← 'The Calling' Makes an Attempt at Jewish Representation; Too Bad It's Awful | Netflix's 'Wednesday' Fails to Represent What It Means to be an Addams →