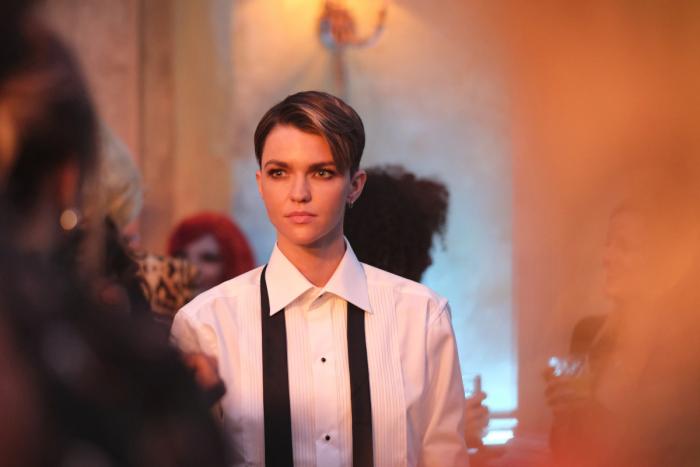 'Batwoman' Stepped Up its Game and is Finally a Good Show

In the peak TV era, it’s become increasingly hard to be passionate or invested in several shows at once. Simply put, there’s way too much TV to choose from right now and thinking about what to watch is an easy way to garner a headache. However, the CW’s superhero lineup still brings unabashed joy. Its reliably middle brow television that pleases without taking itself way too seriously. Last year, the shared universe of shows — collectively known as the Arrowverse — added Batwoman, starring Ruby Rose in the titular role.

Admittedly, I was not a huge fan of the show at first. The pilot was messy, clunkily shot, with bright flashback scenes a stark contrast to the darker tone of the present day. It was wooden, lacked finesse, and the relationship between Rose’s Kate Kane and dad Jacob (Dougray Scott) was a whole mess. In short, the first episode of Batwoman was trying way too hard and the second episode didn’t improve matters much. The show was honestly too invested in trying to remind viewers that Batwoman was, in fact, a woman and that Batman was no longer around rather than focusing on Kate like she was her own person.

Now, it’s often that fans leave shows behind long before they get better. After all, with so much TV to watch, why stick around for several episodes and waste your time? Sometimes, though, patience really is a virtue and, like with many a series, it might take a few episodes to find its footing. Or a lot of episodes. Such was the case with Batwoman and find its footing it did. Yes, I’m just as shocked as you are.

Now, I’ve been a long-time fan of The CW’s DCTV shows. I watch all of them, without fail, every week. I’ll be the first to admit that Season 1 of Legends of Tomorrow was a disaster of epic proportions and, yes, Arrow shouldn’t have borrowed so many Batman-related villains. Honestly, I was prepared to cringe my way through every episode of Batwoman. Then, something changed. The series started to get better and, surprisingly, I became more and more invested to the point that I actually looked forward to the show every week.

The series really began stepping into its own when it fully embraced its characters, did away with those horrible voice-overs that were present throughout most of Season 1’s first half (Kate didn’t need to write a journal entry to Bruce Wayne every week, thank you very much), and leaned into the zany unknown of the post-“Crisis on Infinite Earths” crossover world.

Batwoman’s midseason finale was also a game-changer, allowing Kate to shed the idea that she was ever going to get through to her sister, Beth, who had become Gotham City’s Alice in Wonderland-loving villain Alice. Kate made it clear that Alice — played with scenery-chewing zest by Rachel Skarsten — was ultimately responsible for her own actions. It was a fun twist considering how much the Arrowverse loves its redemption stories, often to the detriment of their greatest villains.

The series also has a bonafide romance on their hands with Kate and Meagan Tandy’s Sophie Moore. The two have great chemistry and — now that Sophie is getting a bit more to do, with the showing dropping the pretense that it ever cared about the sort-of-but-not-really love triangle — the fire is back. Sophie finally went for it and kissed Kate while she was in her Batwoman costume. It felt like a slow-burn payoff in the best way. The relationship has the potential to be one of the Arrowverse’s more memorable ones if done right.

All that said, Batwoman still has a way to go before it is fully realized and many more issues to sort through. However, it’s on the right track, getting better with each episode and that, more than anything, was worth sitting through the show’s rough beginnings.

← Where Are They Now? Why These 18 Winners Were Not Cast in 'Survivor: Winners at War' | Is Maggie (Allison Miller) Leaving 'A Million Little Things'? →