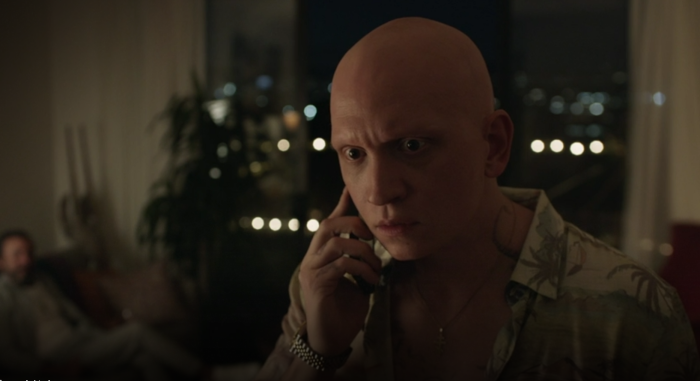 'Barry' Continues to Hit All the Right Taste Clusters

(spoilers for season 3, episode 5)
Whether it’s due to the short format of the series or the show runners’ enjoyment of plot delivered at a frenetic pace, Barry is a remarkably busy show. While there is a core cast, none of whom should ever be taken for granted that they’ll live from one week to the next, the series takes great enjoyment in generously focusing on new characters only to have them be dispatched in one way or another soon after (I certainly didn’t see that ending coming). After a big episode last week, with characters making huge personal leaps forward—including Sally who, thanks to Katie’s moment of frank honesty, finally saw the light and broke up with Barry, along with Cristobál and NoHo Hank being reunited once more—this week showed us that in the world of Barry, when things seem to be going your way, savor it, because there’s always another shoe ready to drop.

This week is by no means the first time we’ve gotten a glimpse at Barry’s time in Afghanistan, but with the exception of poor doomed Chris back in season one, we’ve known little about the people he served with until now. The episode opens with a flashback of Barry tending to a fellow Marine who’s been shot in the face, the same man who cheered Barry on when he made his first kill. Jump to the present day, and we see that same Marine, now with visible scarring on his cheek, making his way down a long corridor in a suit and tie, looking for all the world like the fed that he is. Special Agent Albert Nguyen (James Hiroyuki Liao) has been assigned the task of finding out who killed Janice Moss, and he’s not as quick to buy the story of “The Raven” that Detective Mae Dunn and the LAPD have settled on. With his strong gut instincts and far more ambition than the police, who would rather vote on logos than carry out a thorough investigation, it’s clear that Nguyen is going to be a problem as time goes on. How long is anyone’s guess, however, since bad things tend to happen to anyone who winds up in Barry’s orbit.

Poor Sally. She should be riding high on her newfound success from the Joplin premiere (Natalie: “It’s the whole home screen!”), but her abrupt breakup with Barry has diminished the jubilance she felt as she walked that red carpet. Despite the upheaval in her personal life, Sally is mentally preparing herself for the onslaught of fame that she imagines a 98% Rotten Tomatoes score will undoubtedly bring: “If anything, I should just enjoy my anonymity while it lasts.” Oh, Sally. I hope she enjoyed her confidence while it lasted because Joplin has not only been removed from the BanShe home screen, it’s become nearly impossible to find. Sally and her team have an emergency meeting with BanShe executive Diana Villa (Elizabeth Perkins once again guest starring to great effect), who informs them that, after less than a day on the streaming platform, Joplin is being canceled due to the fact that, “the algorithm felt it wasn’t hitting the right taste clusters.” Anyone who has ever lamented the dearth of quality programming on streaming platforms *coughNetflixcough* should feel a twinge of rage because for all the satire Barry engages in, this scene is scathingly on point. Even the most impeccable Rotten Tomatoes score means nothing when it comes to executive decisions being guided solely by data points (talk to any Pushing Daisies or Santa Clarita Diet fan, Sally).

Has anyone ever had such a rapid turn of fortune as Gene Cousineau? One day you’re a hostage at the whims of an emotionally unstable professional assassin, the next you’re a cheerful rising star in Hollywood with an unexpected financial windfall. After impressing the Laws of Humanity crew with his impromptu punch at Barry’s face, he’s not only invited for a repeat stint on the series he’s also welcomed back into the arms of celebrity thanks to Joe Mantegna. To Gene’s credit, he’s trying to make amends toward the many people he’s wronged over the years, including apologizing to the Laws of Humanity showrunner for throwing hot tea into his face all those years earlier. Perhaps it’s his brush with death, or seeing just how many people he’s run afoul of, but Gene appears committed to being a force for good. His apologetic gestures are welcome by everyone except for his resentful former colleague and ex-girlfriend Annie Eisner (Laura San Giacomo), who’s more than happy to hold on to her resentment of him.

As much as Gene seems to have been able to learn from his mistakes, Fuches refuses to do so. After reverting back to his worst impulses, i.e. trying to punish Barry for rejecting him, Fuches has been hard at work amassing a “Vengeance Army” (his sole takeaway from Ana’s cautionary tale) of his own. It’s easy work considering the number of people Barry’s killed; all it takes is locating the loved ones of the deceased, giving them Barry’s name, and letting things take care of themselves. Why use a gun when a simple business card will do? Among the people he’s contacted, a mother (played by Annabeth Gish) and son still mourning the loss of their husband/father are more than happy to take the bait. It doesn’t take long before they begin tracking Barry and plot the perfect time to exact their revenge.

Despite being the eponymous character, Barry himself has taken a bit of a backseat this episode, seeing as how we don’t check in with him until nearly halfway through the episode. He’s making an attempt at introspection, but he lacks the ability to do so. It takes a self-obsession that borders on the solipsistic to break into someone’s home to compel them to counsel you through the breakup you’re responsible for. “I didn’t yell at my girlfriend,” he insists to Hank, which should be enough to disabuse anyone of the notion that Barry is in any way capable of honestly evaluating himself. Sweet Hank (whom I acknowledge is also capable of monstrous acts, but that’s why the term “problematic fav” exists) advises him to do a “small gesture” that reflects the real him, citing the example of Cristobál cooking him a sensational Bolivian dinner. Unfortunately for the two lovebirds, the death of Fernando wasn’t enough to guarantee them a life of peace. In all likelihood, nothing ever will thanks to their ties in opposing criminal organizations. It’s just like Romeo and Juliet, if Romeo had a pissed-off ex-wife who was coming to avenge the untimely death of her father. Elena’s (Krizia Bajos) arrival should surprise no one, save for Hank who was left completely in the dark (and in the closet!) thanks to Cristobál’s inability to tell the truth. I have no doubt Elena’s wrath will be fierce—she certainly has the justification for it—and as much as Cristobál will certainly try to prevent it, it’s unlikely he’ll be able to shield Hank from her fury.

Speaking of man issues, Sally’s relationship drama continues when she comes home to find Barry there, who’s shown up to give back the house key (good, normal behavior) and leave her a self-descriptive collage (not normal) showing what he’s “about” with pictures ranging from theatre to beer, Call of Duty, his home state of Ohio, and Michael Jordan. Her unhappiness at seeing him is far outweighed by her misery over the cancellation, however, and she allows him to console her. It’s all fine and healthy until Barry decides to take Hank’s advice to heart and offers to go to Diane Villa’s home, describing in painstaking detail how he would psychologically torture her (“For instance, I can send her a picture of herself sleeping.”). Sally’s ambition is great enough that, just for a moment, I believed there was a real possibility she would take this into consideration, but she’s rightfully horrified by his “gesture” and orders him out of the house. He’s baffled—who would have thought assurances such as, “her brain will have essentially eaten itself” wouldn’t invoke romantic feelings in a person?—but he complies and leaves the apartment. Outside, there’s a car parked down the street and within it awaits the unnamed mother and son, the ‘vengeance panthers’ Fuches has set loose. Unfortunately, the threat takes a sudden tragi-comic turn when the newly purchased gun accidentally discharges inside the car, resulting in her son being shot in the stomach. Barry, hearing the shot, turns around with only the vaguest curiosity on his face, but shrugs it off when the SUV pulls a hasty U-turn away from him. I’m sure the question of seeing that mother again will hinge greatly on whether or not the son survives the ordeal.

Closing scene aside, Barry has become a bit lighter in tone in comparison to the first half of the season, but the intensified darkness appears to be here to stay. Though the series has always been violent, Barry’s struggle to be a participating member of society offered more opportunities for moments of levity, not to mention more empathy for the title character. But with season three giving us a Barry who’s essentially given up on trying to be human, the nervous laughs are still there, but it gives way to outright anxiety as we watch him be his worst self. That’s not to say that the series isn’t still one of the best shows currently airing on television, but it adds an extra level of torment to the series. It speaks highly of Bill Hader and Alec Berg’s collective abilities that we still can’t help but wish to see Barry evade death or capture despite the near-constant destruction that lays in his wake.

No biz like show biz:
“Yeah, you know, I’ve been doing this for 30 years, and if there’s anything I’ve learned, it’s nobody knows anything except the algorithm.”

Kaleena Rivera is the TV Editor for Pajiba. When she isn’t laughing despite herself at Batir accidentally Facetiming the brutal dual attack on the plant nursery, she can be found on Twitter here.


← 'Made For Love' Ends, Dustin Watched 'I Think You Should Leave,' And More On Podjiba! | Southern Baptists to the Catholic Church: Hold My Beer →