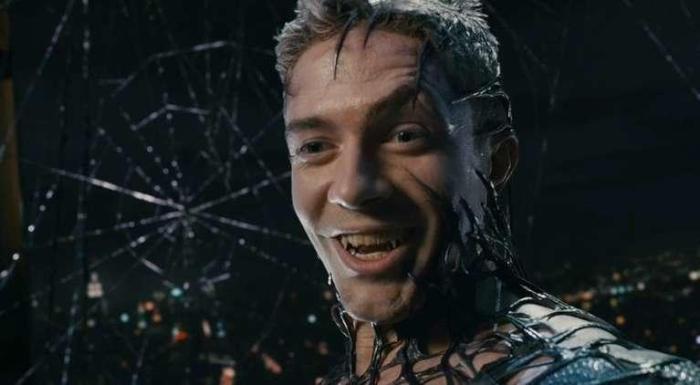 Asked If He'll Appear in the Next 'Spider-Man' Movie, Topher Grace Had a Hell of an Answer

Topher Grace’s sitcom Home Economics returns tomorrow night, and if you haven’t seen it, it’s a light, nifty network sitcom that might replace the hole in your schedule that Single Parents once filled. It also has an outstanding cast that includes Jimmy Tatro (American Vandal), Sasheer Zamata (SNL),
Caitlin McGee (Mythic Quest), and the wonderfully dry Karla Souza. There aren’t a lot of decent network sitcoms left, and I still find a lot of comfort in 22-minutes of mildly amusing television.

Topher Grace is out promoting the sitcom’s return, which took him to Reddit for an AMA. Recall that Grace appeared in the much-maligned Spider-Man III, which essentially killed Sam Raimi’s iteration of the series. That makes Grace a part of the Spider-Man universe, which presumably means he’s eligible to appear in Spider-Man: No Way Home, which opens up the multiverse. We already know that Jamie Foxx’s Electro and Alfred Molina’s Doctor Octopus from Marc Webb’s The Amazing Spider-Man 2 (2014) and Sam Raimi’s Spider-Man 2 (2004) will appear. There are also rumors that Tobey Maguire and Andrew Garfield might return, too, although Garfield has repeatedly denied said rumors.

But what about Topher Grace’s Venom? Is he going to make an appearance? Grace was asked that during his Reddit AMA and gave one hell of an answer:

Please keep it between us but yes, I am in it. The plot starts with Peter Parker (Tom Holland) bummed that everyone knows his identity and then some crazy shit happens with Dr. Strange and Dr. Octopus (Alfred Molina) comes into his dimension. Then Electro and the Green Goblin hop out of one of those ‘energy circles’ and they’re like “It’s spider stompin time”. Then Tom Hardy and I pop out and battle each other and I win (obvi), it’s like not even a fight I just kick his ass immediately. Not to give too much away but there are also some actors from the original 70s Spiderman show, Aquaman and Batman (Affleck, not Keaton) crossover, and thanks to Disney Han Solo’s ghost from Rise of Skywalker, and that Eve robot from Wall-E. Again, please keep between us.

So, that’s a yes? It’s also worth noting that in the same AMA, Grace conceded that he moonlights in another profession:

Yes. Little known fact about me. When I’m not starring in films or TV shows I hop on a plane and fly to Indiana to sell high-end home furniture at unbeatable prices. I am NOT researching a role, this is my passion. Getting top of the line luxury goods into your living room at bargain basement prices. Come by!