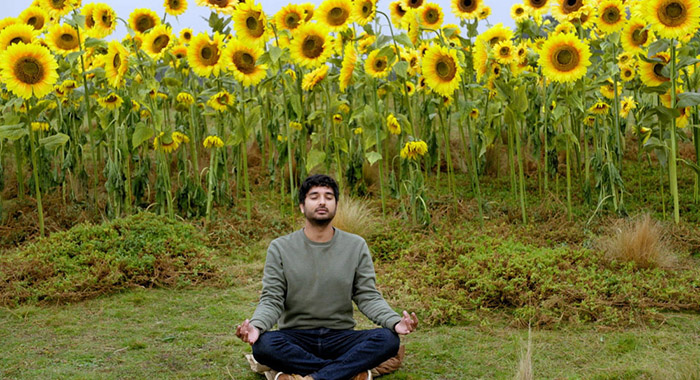 Are We Sure This Was The 'La Brea' Season 2 Premiere?

This week, NBC aired its second-season premiere of La Brea, and for a season premiere of a series that hasn’t aired an episode in 10 months, it was weirdly underwhelming. There wasn’t much of an attempt to further the mythology, introduce a new twist, or even highlight a new relationship dynamic. Given where the first season left off, the premiere felt anti-climactic. I get the need to reestablish characters and remind us where we left off at the end of the first season, but the premiere didn’t even dazzle us with stupidity. It was just kind of there.

In the cold open, another time hole opens up in 1988 on the site of the Hollywood sign, which will prove important in a moment. 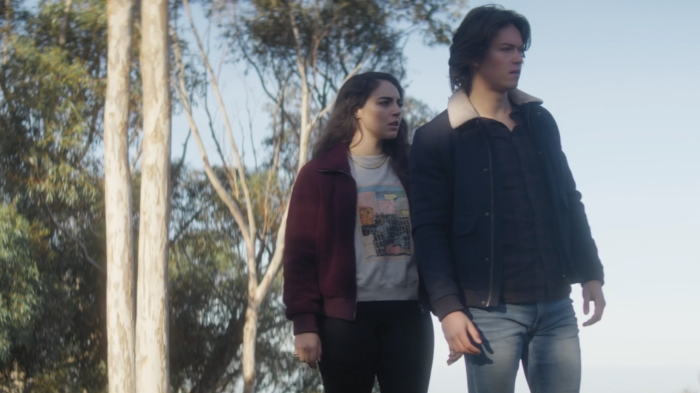 Topside, we see that Josh and Riley — who jumped into a sinkhole in 10,000 BC at the end of last season —land sometime in 1988, which we know because someone threw a cassette tape at them. How convenient for a passerby to give them a time stamp. Josh and Riley are hungry, so after walking for a while, they break into the house of a couple they learn are on vacation and eat their cereal and cold pizza. They consider staying for a few days, but after an awkward conversation where they attempt to define the relationship, Riley decides they need to find a way back to their families (currently in 10,000 B.C.). Fortunately for them, they find a newspaper with a front-page story about the Hollywood sign falling into a sinkhole, which they see as an opportunity to get back to their families. They’ve only just arrived in 1988 — a jump they took purposely — and they’re already trying to get back to the Mesolithic era.

Meanwhile, they jumped into the time hole with Lily and Isaiah/Gavin — who are little kids at the time — and spot them getting into a car with a nun. They leave them be, however, because Josh reasons that this was supposed to happen: They get adopted. Gavin meets Josh’s mom, Eve, who gives birth to Josh and Izzy; Gavin has visions; Eve and Josh fall into the time hole; and a grown-up Gavin, Lily, and Izzy jump into a time hole in Seattle to take them to 10,000 B.C. Time is a flat circle. 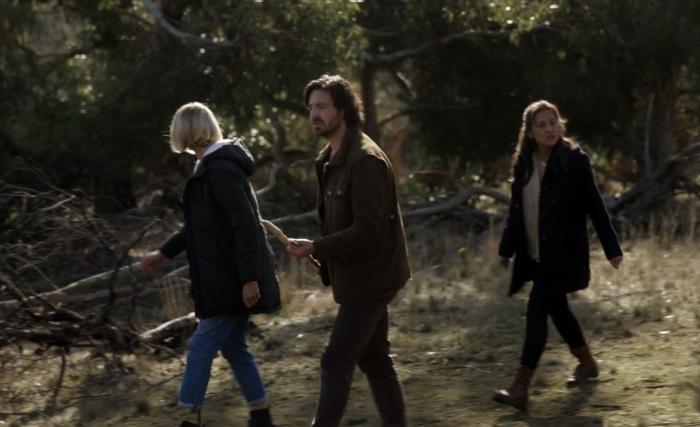 Gavin and Izzy jump from the present and land in what they believe is 10,000 BC Seattle, so they start walking toward Los Angeles to find Eve. At some point, Izzy’s prosthetic cracks, and at another point, they encounter woolly rhinos. Mostly, they do a lot of walking and complaining until they run across the Hollywood sign that fell into 10,000 BC from 1988 and realize that they’re not in Seattle. They’re in Los Angeles. How convenient, mostly in that it allows Gavin/Izzy to reunite with Eve without walking 1,100 miles. It’s also a very cheap way for the writers to write themselves out of that proximity corner they’d written themselves into.

In the A-plot, Sam and Levi are trying to torture Silas into giving them information about how to find Josh and Riley. Silas tells them that the only person who can help them is Dr. Rebecca Aldridge, who — along with our stoner friend, Scott — is walking toward a large skyscraper in 10,000 B.C. Therein lies the answers. The catch? The people inside the skyscraper want them dead. Also, they find a staircase that apparently leads to a tunnel that will bring them to the skyscraper. 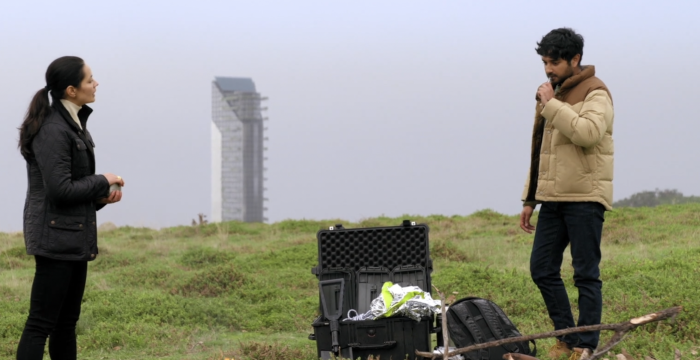 Eve and Sam endeavor to find this building, but on the way, they find Lucas — who has just buried his mother — and Veronica, who has been abducted by warriors who have steel machetes and appear to be from a completely different era (i.e., fell through a different time hole). They save Veronica, but Eve is captured, and so Sam gives himself up to the warriors because he promised Eve that he’d never leave her again. 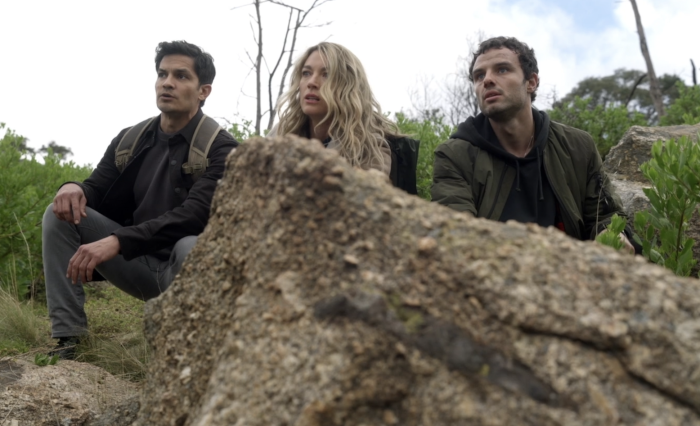 Aside from Ty and Paara reminding us that they are smitten with one another, and Sam clearly struggling with some sort of mental or physical issue, that is it for the premiere. There is nothing else to it. The promo for next week doesn’t promise a lot of fireworks, either.

I guess they thought that viewers would be completely satiated by two woolly rhinos rendered with cheap CGI fighting one another. They were wrong. Where’s the stupid? If you can’t be interesting, at least be dumb! 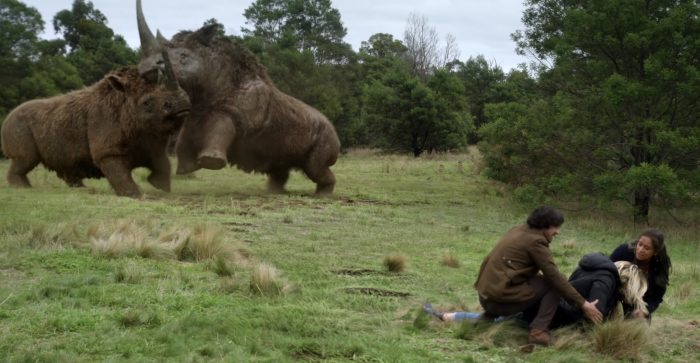 Reminder to those who watched La Brea on Hulu last season: NBC programming is no longer available on Hulu unless you’re a Live TV subscriber, so cord-cutters will have to subscribe to Peacock to watch. I hope you have another reason aside from La Brea to do so.


← 'House of the Dragon' Really Needs to Slow It Down | Why in the Algorithm Hell Did We Need a Bling Ring Documentary? →