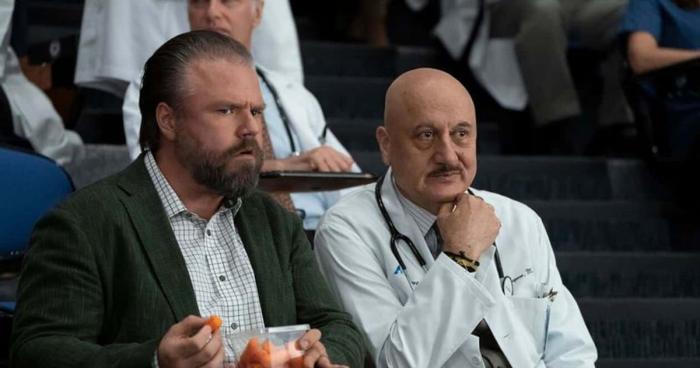 Anupam Kher, Who Plays Dr. Vijay Kapoor, Is Not Returning to 'New Amsterdam'

I don’t know how many of you watch New Amsterdam — the This Is Us of medical dramas — but it’s a balm, and for a broadcast network medical show, it hits upon a surprisingly large number of social issues (in this week’s episode, for instance, they addressed the bigoted practices of denying gay men the opportunity to donate blood in the 1980s, although those practices still extend until today). I know that the “cool kids” probably don’t watch that much of it, but you might be surprised at how good the cast is: Tyler Labine, Freema Agyeman, Jocko Sims, Ryan Eggold, and Janet Montgomery.

Alas, one of those regular cast members, Anupam Kher, has left the series. He appeared in the season’s first episode last month — he had both COVID and needed open-heart surgery — but those scenes were from an episode about a flu outbreak that was scrapped last season due to the COVID pandemic.

Unfortunately, Anupam Kher — who plays Dr. Vijay Kapoor — is not returning for unfortunate reasons. He’s staying home to help care for his wife, Kirron Kher, who is battling a type of blood cancer, multiple myeloma.

Thank you @caitrionambalfe and @SamHeughan for your wonderful & caring message for @KirronKherBJP. She is a great admirer of both of you and your show @Outlander_STARZ. She is deeply touched by your thoughtful gesture. And so am I. Looking forward to #Season6. Stay safe. 🙏🌺🙏 pic.twitter.com/d3ejx34wkI

In this week’s episode, Dr. Vijay Kapoor was written out of the show, off-screen. The character was forced to resign from his position because he was too weak after COVID-19 and open-heart surgery to continue working.

Recovering from blood cancer is a time-consuming ordeal, so we will not wish Kirron Kher a speedy recovery, but a safe recovery as free of complications as possible.