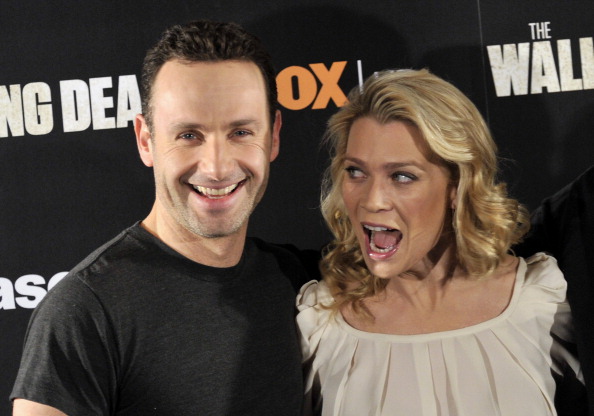 Andrea from 'The Walking Dead' Defends Johnny Depp, Is Still the Worst

I always felt a little bad for the way that The Walking Dead did Laurie Holden dirty. The actress, whose character, Andrea, was killed off in the third season, has voiced her complaints over the years and does not appear to be a fan of Glen Mazzara, the showrunner who killed off her character. That only came after the writers had basically assassinated her character by wildly departing from the source material. The character was supposed to survive until near the end of the series’ run and even become a love interest to Rick Grimes (the character of Michonne ultimately assumed her role), but after she got involved with The Governor in season three of the series, the fan community turned against the character and, in the end, Mazzara had little choice but to kill her off because she was so reviled.

Years later, Holden would call the decision to kill her off a “mistake,” and the reasoning for departing from the comics “complete and utter nonsense.” In fact, Holden had an eight-year holding contract with the show and yet she got a phone call the night before telling her that her character would be killed off the next day. Holden said that she felt like she’d been shot.

But before you start feeling too sorry for Laurie Holden, it’s worth noting that she’s also a Johnny Depp stan. Still. Today. In 2022. Even as Depp’s defamation trial against Amber Heard continues, and even after a UK court found that claims Depp was abusive to Amber Heard were “substantially true.” (The U.S. case is ongoing, and Depp is expected to testify today).

Still, in 2016, after Amber Heard submitted photographic evidence of abuse, Holden — set to appear as the Crimson Countess in the forthcoming third season of The Boys — was unmoved.

I, for one, am going to see Johnny Depp's new movie. His personal life is just that. Personal. No one knows the real truth so just zip it.

But that was six years ago! Surely, after everything that we’ve seen and heard ahead of the Depp defamation trial, Holden has reconsidered, right? RIGHT?

Glad I did. Would do it again in a heartbeat. Just happy that 6 years later the world is finally catching up,
The truth is now being revealed and there will be justice. #JusticeForJohnnyDeep https://t.co/Na7tHPkAZ7

I’m going to go ahead and advise against reading the replies, not because Holden is being dragged by Twitter, as you might expect. It’s quite the opposite: Holden has just won the love and adoration of all those people who managed to make Depp’s Minimata a fan-favorite film at the Oscars.