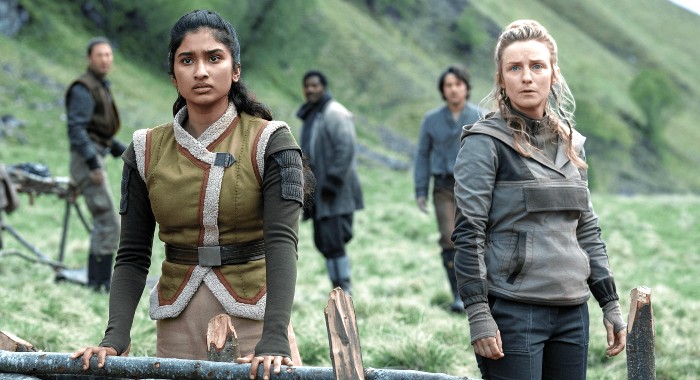 ‘Andor’ Reveals an Empire Whose Systems Are Worse Than the Emperor

Welcome to another exciting episode of Andor will not stop slapping and Mike still doesn’t know how to write about a show that he absolutely loves. Thanks to the three-episode premiere, we’re already up to Episode 5, “The Axe Forgets,” and damn, if this series isn’t moving along way too quickly. Slow burn, my cushy blogging ass. Next week will be the halfway point, and I don’t want to leave this painstakingly detailed pocket of the Star Wars universe that Tony Gilroy has built. It’s neat.

In fact, this tweet sums up my feelings exactly:

ANDOR almost too good, like I can’t believe that Disney let them make this grim, austere military/political thriller set in what the company clearly feels should be a family friendly zoom zoom pew pew universe.

Last week, I raved about how Andor is showing an Empire that’s worthy of being feared. It is not a bumbling gaggle of Stormtroopers and stuffy Imperial officers. It is a ruthless machine with an intelligence apparatus that’s laser-focused on pockets of unrest. If there’s a problem, the Imperial Security Bureau (ISB) will sniff it out and either eliminate the issue through clandestine means and/or simply place the whole area under direct Imperial rule.

It’s the latter that brings us to the sullen bedroom of Syril Karn (Kyle Stoller) as he’s forced to move back in with his mother Eedy Karn (Kathryn Hunter) who’s also laser-focused on getting her son a job and the hell out of her apartment. After pouring Syril a bowl of Space Cocoa Puffs, which are now canon, Eedy plans to bring Syril’s firing to the attention of an Uncle Harlow, an unseen figure who will apparently find a place for the former corporate security officer who very clearly still has a hard-on for hunting down Cassian. Will that involve putting Syril to work for the same Empire that shitcanned him and gobbled up his old employer? Quite possibly.

Meanwhile, in the upper echelons of Coruscant, Senator Mon Mothma (Genevieve O’Reilly) continues to deal with her massive dickbag of a husband. The douchely named Perrin Fertha. Seriously, this guy is the worst, and I love that Twitter is on board with how much he blows.

This time around, he’s letting their teenage daughter completely shit all over his wife, which is a primo asshole move. If Mon Mothma wants to blow up the whole freaking Empire because she hates her husband, Timothy Olyphant in a cowboy hat wouldn’t be more justified. As for how they got together, Gilroy has hinted that it’s an arranged marriage, which would turn me into the silent architect of a radical resistance movement. More importantly, the scene heavily hints that Mon Mothma’s family is not oblivious to the fact that she’s being extra performative about her allegiance to the Empire.

Actually, I don’t know why I said “more importantly” back there. Captain Man-Bun Fartwaffle being a honking turd is the key takeaway at all times. I’ll die on that hill.

After the bits of table dressing on Coruscant, we catch up with Cassian on Aldhani where his last-minute addition to the Rebel mission is still not going great. He wakes up to find his belongings are being searched by Skeen (Ebon Moss-Bachrach) who is not shy about his distrust for Cassian despite the two bonding over doing time in various space prisons. Skeen also clocks Cassian’s eyes for Cinta (Varada Sethu) and makes it a point to note that she’s already “sharing a blanket” with Vel (Faye Marsay) in the most genuinely organic queer representation this franchise has ever seen. Our boy’s really batting a thousand.

But not everyone hates Cassian. Although, he’ll soon wish that he did. The youngest member of the group, Karis (Alex Lawther) has taken a liking to Cassian. Unfortunately, that liking involves sharing his manifesto for a post-Empire world, and I already hate this kid with every fiber of my being. If you come near me with a manifesto, I will run into traffic. Good luck convincing me to join your revolution then, comrade.

Anyway, for a show that’s a complex political thriller laying out exactly why the Empire needs to be destroyed without relying solely on Nazi imagery and evil space wizards, Karis’ bullshit makes no sense whatsoever.

“The pace of repression outpaces our ability to understand it,” Karis tells Cassian. “And that is the real trick of the Imperial thought machine. It’s easier to hide behind 40 atrocities than a single incident.”

Here’s the thing though: Everything in this episode flies in the face of that last line. The Empire is getting so big, so fast that it’s crushing way too many lives, and that is 100% not being hidden. Cassian learns the motivation behind some of his teammate’s decision to join the Rebellion, and there’s a recurring theme: Somebody they loved got trampled beneath the wheels of the Empire’s relentless expansion. As I said earlier, Andor is doing an excellent job of spelling out why the Empire needs to be stopped, and it goes beyond the existence of an all-powerful Emperor who most of the galaxy doesn’t even know or believe is a Sith Lord. Its very nature is a cancer on the galaxy, and the atrocities are actively feeding people into the Rebel Alliance. Suck it, Manifesto Boy.

And now back to the show: On top of getting the constant stink eye, Cassian learns a disturbing fact with only a day to go until the mission. He is not a redundancy like Luthen (Stellan Skarsgård) said last week. These people have no goddamn clue how to fly the speeder that they’re using to rob the Imperial barracks. If Cassian wasn’t there, they would’ve been screwed. As the team trains for infiltrating the base disguised as troopers, Cassian’s usefulness starts to shine even further as he realizes they’re standing in the wrong formation based on what hand they shoot with. Turns out, he’s been keeping close tabs on who’s a lefty or a righty. Our boy really does know what he’s doing, and it’s becoming clear his thieving skills aren’t just swagger and dumb luck. (Hold onto that thought.)

As the team strikes out to execute the heist, tensions couldn’t be higher and Cassian knows all about the day-before jitters. He sees it in the group. Skeev finally snaps and snatches Cassian’s hidden Kyber crystal, demanding to know why Cassian joined the mission when he has a “treasure around his neck.” Despite Vel shutting the situation down, Cassian makes a judgment call and comes clean. He’s a mercenary. Unlike them, he’s getting paid to be there, and if they want to walk, he’s not going to argue. He’s not getting killed taking on an Imperial base with a team that’s falling apart. Surprisingly, his candor works. (I’m so sorry.)

Later that night, Skeev gives Cassian his form of an apology by revealing why he hates the Empire. His brother used to be a farmer, but he had his land ruined by an Imperial Prefect. With his livelihood gone, he put rocks in his pockets and drowned himself. As far as Skeev is concerned, the Empire killed his brother, and he’s ready to bloody their nose. Cassian being a mercenary is good enough for him because that’s something that can be counted on. He’s gotta survive if he wants to get paid. But that wasn’t the point of their exchange.

Remember how Skeev’s brother died under the rule of an Imperial Prefect? Well, it turns out that Syril’s botched excursion in the first three episodes had even further consequences. You see, not only did the Empire absorb the corporate zone on Mordane One, but it’s now laying claim to Cassian’s home back on Ferrix. His entire working class town full of friends and family that helped him escape Syril’s security squad is now getting an ISB headquarters run by a very ambitious officer. How ambitious? He just requested to name himself Prefect. 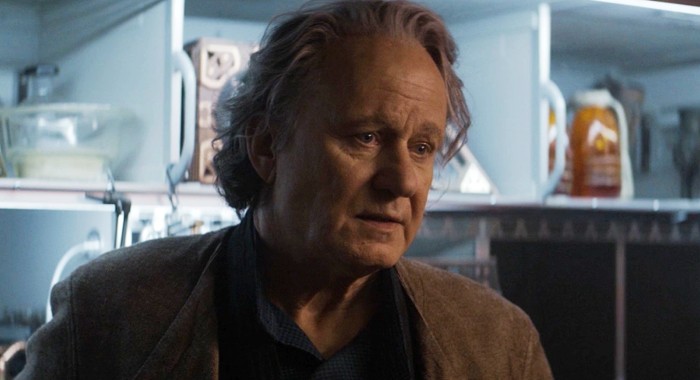 — After this episode, it really seems like Luthen is playing a very intricate long game. He knows a whole lot about Cassian, and I’m starting to think the stolen Imperial Starpath he took may not have been so random of a job. The brief ISB scenes with Dedra Moora (Denise Gough) have her convinced that the recent rash of thefts are “too random to be random.” There’s a grander scheme at work, and based on Luthen’s various levels of deception, it’s almost like he’s the Rebel Alliance’s version of the Emperor. Not in a Jedi sort of way, but in a master strategist sort of way. He’s working angles on top of angles, much like the Emperor did to orchestrate the war with the Separatists that set the stage for his coup. Of course, Luthen could be an angle that the Emperor is playing. Just something I’ve been chewing on.

— Oh, and Luthen is totally going to be Uncle Harlow, right? Has to be. (Do not quote me on any of this. I’m not very smart.)

— Did I mention Mon Mothma’s husband blows? Not sure I covered that enough. The guy would never stop being friends with someone just because they want to starve someone else’s planet. Who does that?