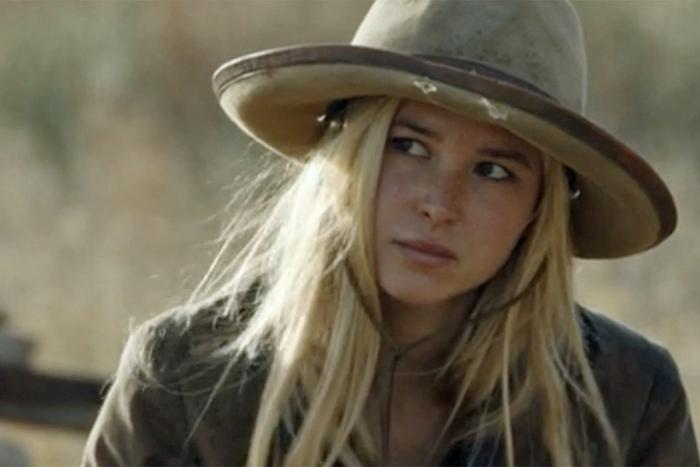 Last week, Paramount+ — ahead of what was supposed to be the season finale, which airs this Sunday — inexplicably ordered additional episodes of the first season, but did not renew it for a second season (when the additional episodes will air is still unclear). It could be a simple financial decision — it is cheaper to extend one season than pay whatever extra costs are associated with renewal. I think it may be more of a creative one.

Spoilers for this season of 1883

I don’t think 1883 was designed to run for more than one season, and it’s only being extended because of the popularity of the series rather than by creative necessity. The series is centered on the Dutton family — the ancestors of John Dutton, the Kevin Costner character in Yellowstone — but more specifically, Elsa Dutton (Isabel May). Elsa narrates the series, and most of the storylines are about her. She begins the journey a romantic idealist, like her father, but is constantly beaten down by the harsh realities of the trail. She falls in love with a cowboy, but the cowboy is killed by a bandit, who she in turn kills, and has to carry the weight of that murder. Later, she falls in love with a member of the Comanche tribe and they marry, but she has to leave him behind to help shepherd her family to Oregon.

In the penultimate episode of the season, a group of horse thieves murder and rape the women and children of a Lakota tribe. The Duttons’ wagon train stumbles upon the aftermath and correctly assumes that they will be blamed for the pillaging when the Lakota men return. Shea (Sam Elliot), James Dutton (Tim McGraw), and Thomas (LaMonica Garrett) vow to find the horse thieves and kill them before the Lakota tribe members return. They do manage to kill the horse thieves, but they don’t return in time. The Lakota tribesmen kill several members of their caravan, and only Elsa can stop further bloodshed because she is able to speak a few phrases of the language.

However, before she brokers a peace, she is shot in the abdomen with an arrow. It nicks her liver, and at the end of the episode, we’re left with the impression going into the finale that Elsa is going to die. There is no uncertainty about that. She will succumb to infection. It’s only a matter of time.

This was also the assumption from the pilot episode, which opened with Elsa being shot by an arrow before flashing back to tell the story leading up to that moment. This is meant to be the story of Elsa, and her death is meant to represent the sacrifice the Duttons had to make to secure the land that would later be known as the Yellowstone ranch.

I don’t know if Elsa actually dies in this week’s finale, but I have a difficult time foreseeing the series surviving without her. I also don’t foresee Elsa miraculously surviving, either. There are still many miles left to travel before they make it to their Oregon destination, but we also know that the Duttons do not travel that far, either. In this week’s episode, James Dutton says that he will continue to travel until Elsa dies, and where she dies will be where they set up their permanent home. That is apparently in Montana.

I don’t think there are another 10 episodes left to tell of that story, but I do think it will take another three, four or five episodes, at which point the Yellowstone universe can move from 1883 until their next prequel, 1932, which will check in on the Dutton family during the Great Depression, where the family will presumably encounter a wholly different kind of misery. No air date has yet been set for that, either.