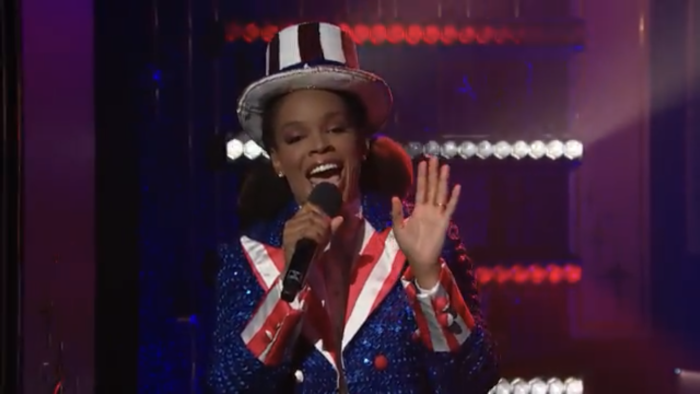 If I know something I like is coming, like, really know, and then it happens, the feeling is exquisite. A big twist in a movie, an awful character in a story getting their comeuppance, or a sweaty comedian at an open mic who tells a joke that bombs. These are all things that, when you see them coming, hit differently. They become even more exhilarating. Amber Ruffin bursting into song and dance? Also in that group.

Amber and her crew are known for hilarious and educational song parodies. It’s part of the brand of her show and one of the many things that make the show exciting to watch. There’s an unapologetic nature to Amber and her show that consistently shines through. That nature shows up tenfold when Amber (and her trusty sidekick Tarik) decide to do a music parody.

What more is there to say at this point? The Amber Ruffin Show should be on everyone’s agenda. It represents a new era in late-night television that feels exciting and earnest. It also debuted during a f***ing pandemic and still managed to cement its place in the landscape. I can only imagine the scores of younger people who will be inspired by this marvel of a show and its wonder of a host.

Tell your friends to watch The Amber Ruffin Show. Tell them to tell their friends. Give this sweet, wonderful, funny show the love and respect it deserves. They’ve earned it.

Are living wages in the U.S. in need of some reparations? Do @tarikrdavis and I want to do a James Brown parody? The answer to both is YES! #AmberRuffinShow pic.twitter.com/vPjdeHcpPW