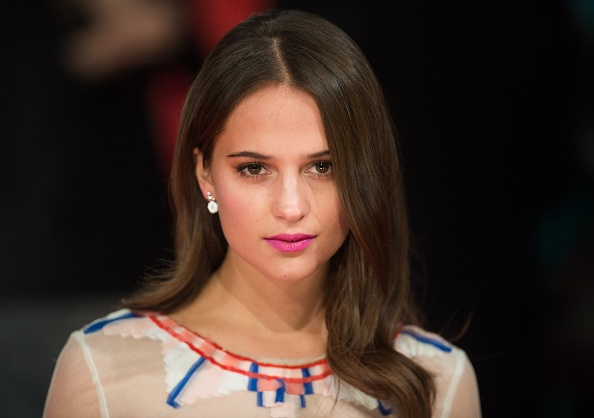 Alicia Vikander Out as 'Tomb Raider,' Krysten Ritter In for the 'Orphan Black' Spinoff

— The Orphan Black sequel has found its lead in Krysten Ritter, who has a hell of an act to follow coming after Tatiana Maslany. I’ve really only seen Ritter play one type of character: Droll. She does it very well. It’s not entirely clear based on the logline that she would play multiple characters, as Maslany did. Orphan Black: Echoes is a 10-episode series set in the same universe as Orphan Black and follows “a group of women — one of them played by Ritter — as they weave their way into each other’s lives and embark on a thrilling journey, unraveling the mystery of their identity and uncovering a wrenching story of love and betrayal. Ritter’s Lucy is a woman with an unimaginable origin story, trying to find her place in the world.”

— The Wilds on Prime Video has been canceled after two seasons. The first season was very compelling; the second was not. The second season, however, did end in a cliffhanger that I suppose will never get resolved. After that second season, I’m not sure a resolution would’ve been worth another 8-10 hours of episodes.

— Five Rocky movies and three Creed movies are apparently not enough, as Robert Lawton has written a script for Drago, which will center on Dolph Lundgren’s character and his son, Viktor Drago (Florian Munteanu), introduced in Creed II.

— MGM didn’t greenlight a Tomb Raider sequel with Alicia Vikander soon enough, so the rights have reverted back to the video game company. Now there is a bidding war to see who gets to make the next Tomb Raider movie, which will not feature Vikander. I’m not sure what the obsession is with the property — with Vikander and Angelina Jolie, the movies have never been massive successes, but I suppose everyone thinks they have the magic pill for transforming it into the gigantic tentpole they think it should be.

— Baffleck isn’t done yet. In addition to showing up in The Flash — whenever that eventually comes out — Ben Affleck was also spotted on the set of Aquaman 2, where he will reprise his role as DC’s Batman, nevermind his terrible experience playing the role in the past.

— Everyone knows this by now, but I don’t think we’ve reported it yet: Mayim Bialik and Ken Jennings will continue to split hosting duties on Jeopardy. As the occasional viewer, I’m cool with this because it elicits no drama. As someone who runs a pop culture site, I’m gonna miss the drama.

— Finally, mere minutes after Alison posted her positive review of AMC+’s Moonhaven, AMC renewed it for a second season. I’m pretty sure that Alison’s review is why. They were just waiting for the seal of approval from a site called Pajiba!

← Trevor Noah Is Cautiously Optimistic About Democrats Passing The Inflation Reduction Act | Review: 'Not Okay' Takes on the Narcissism of an Internet Influencer Scammer →