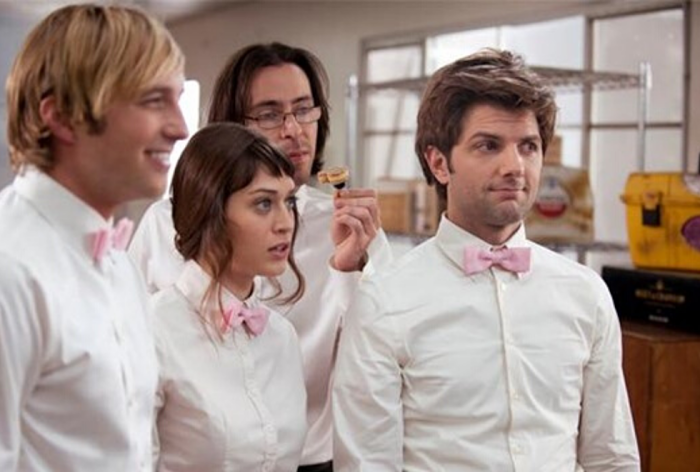 A 'Party Down' Revival is In the Works

Starz announced today that it would be bringing back its popular cult series, Party Down, for a limited six-episode run. Most of the cast is much more popular now than when the series originally ran, so scheduling may prove to be difficult, but Rob Thomas — one of the show’s original creators — hopes to get everyone back together. “The cast is so busy these days that finding a window where we can do it may require trigonometry, but we’re determined to make it happen,” Thomas said in a statement.

Thomas will be producing alongside the show’s original co-creators, John Enbom, Dan Etheridge, and Paul Rudd. Enbom will server as showrunner. It is unclear who from the original cast — which included Ken Marino, Adam Scott, Lizzy Caplan, Jane Lynch, Ryan Hansen, Martin Starr and Megan Mullally — will return or when any of this will happen. Most importantly, we don’t know yet if Steve Guttenberg will be able to return, either.

Party Down debuted in 2009 and ran for two seasons, where it unfortunately suffered due to the fact that it was on the little-seen network, Starz. It subsequently gained a cult following on Netflix. The revival will stream on … Starz. Steve Guttenberg could not be reached for comment.