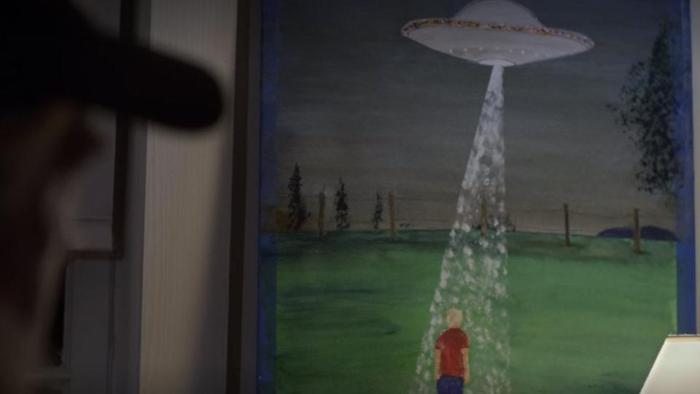 Originally the episode I was least interested in, the Berkshire UFO sightings covered in the fifth Unsolved Mysteries actually has some interesting information left out of its retelling. Unlike the case of Rey Rivera, I don’t know that all of the knowledge of the sightings could ever explain the events of that night to satisfaction. However, it’s an interesting thread to pull on.

The Berkshire UFO Sightings took place in 1969 in the Massachusetts county of the same name, as well as other towns in the state. As the Netflix episode illustrated, none of the newspapers or police blotters from September 1st, 1969 carried stories of the UFO sightings or abductions. The radio station WSBS, specifically host Tom Jay, fielded calls from citizens sharing their experiences but no one had the foresight to hold on to the tapes of that night’s broadcast for posterity. This left the burden of proof on the witnesses from that night.

According to a video clip shared by Netflix, Jay overheard the first reports of the sightings on his ham radio. He then contacted the police to inquire as to whether they received the calls about the anomaly. Thomas Reed then stated that the people describing the incidents were sometimes groups of people that hadn’t met before that night.

Another interesting part of the story left out of the episode is that Thomas Reed and his younger brother Matthew encountered the UFOs in previous years. In 1966, three years before the Berkshire mass event, the brothers saw lights and figures in their house before being led into the woods and beamed into a UFO.

In 1967, the boys saw the lights, heard doors in their house slamming, and awoke near their driveway after another trip inside the UFO. The incident portrayed in the Netflix episode then happened in 1969 as the boys, their mother, and their grandmother traveled in a car on Route 7. That highway goes from Connecticut to Massachusetts, New Hampshire, and then Vermont. Reports of sightings that night came from towns all in very close proximity to Route 7.

In a move no one could foresee, the story of the Reed brothers entered into the Great Barrington Historical Society & Museum in 2015 because, as stated by director Debbie Oppermann, “we believe it is true.” A vote of 6-3 moved the tale into the museum where it is still kept as a historically accurate piece of the area’s history.

The Reed story gained a bit more traction toward being widely accepted when the town of Sheffield placed a granite monument with a plaque near the covered bridge where the family car died that night in 1969. The inscription read, “Welcome To The Site Of The First UFO Incident Officially Inducted Into The US As Historically True.” It was donated by The History Channel and its series Ancient Aliens, which does nothing for its credibility in my mind. This sculpture did not last long as it was removed in June of 2019 after four years in its spot. Squabbles came as a result of the monument’s bearing on the town’s reputation and then disputes concerning its illegal placement on town property.

Another omitted eyewitness account of that night was that of Kevin Titus. Titus was playing with a friend that evening in Great Barrington —the town where the historical society stands— when they decided to track down two of the farm’s missing cows. They stumbled upon a dead cow in their search, with Titus describing it as “ripped apart” but completely without any blood at the scene. The two boys were then bathed in bright lights and saw a tortoise shell-shaped craft hovering without noise.

Titus and his friend alerted the parents who also saw the lights and UFO over their farm. They immediately called WSBS, the police, and Titus even mentions the military being informed of the event. The military confirmed none of their aircraft were in the vicinity but that their radars picked up odd activity in the area that weekend.

While there is no concrete proof concerning the UFO sightings and abductions that night, there are many pieces of information that make you ponder the idea realistically. While polygraph tests aren’t admissible in court and are less than accurate, Thomas Reed did pass one with over 99% plausibility. Furthermore, if all of these calls were coming from people that hadn’t met before, whose stories have remained the same after all of these years, and from multiple locations throughout a state, what exactly did all of them see that night?

← Review: 'The Last Of Us Part II' Might Just Be the Best Game I've Ever Played | 5 Shows After Dark: 'Tough as Nails' Premiere CBS, 'The Oval' on BET →