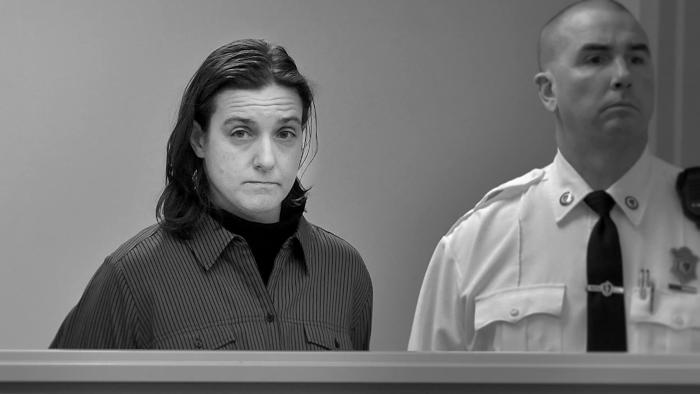 New to Netflix’s growing library of true-crime documentaries is How To Fix A Drug Scandal, a four-part mini-series about two separate drug scandals that shook the justice system of Massachusetts to its core. With so many options for streaming, here are five reasons why this true-crime doc is worth your time.

It exposes a side of law enforcement often overlooked.

Nowadays, plenty of civilians think they know enough to be amateur detectives, prosecutors, and judges thanks to a wealth of cop procedurals and true-crime shows. You might think you know about DNA, circumstantial evidence, the flaws of confessions, and the problem with video surveillance footage. But what do you know about the drug labs responsible for testing evidence in every drug charge? Likely little to nothing.

This is not the glamorous or dangerous side of the law. In fact, one interviewed chemist describes the work as being “an anonymous person in an anonymous function in an industry no one cares about.” But these drug labs are where confiscated powders, pills, and more are taken to be identified, tested for purity, then detailed in lab reports as evidence. Because this job is thankless and anonymous, two chemists broke the rules to suit their needs and ambitions.

It reveals a crime way to easy to commit.

How To Fix A Drug Scandal focuses on two separate cases that happened in the 2010s on opposite ends of Massachusetts. In one, drug lab technician Sonja Farak was caught tampering with evidence so she could steal hard drugs for personal use. The depths of her thefts and addiction are explored over the course of the series.

The other case is that of Annie Dookhan, who was once thought to be an astoundingly prolific drug lab chemist. She was turning in 4 times the work of her colleagues, but an investigation revealed her method was not just unethical it was criminal. To impress, Dookhan was “dry labbing,” which basically means she was cutting corners and not testing every sample. Both methods of corruption resulted in tens of thousands of convictions being called into question.

It’s from the maker or Mommy Dead and Dearest

Erin Lee Carr is a documentarian who dedicates herself to true crime stories. More than that, she sinks her teeth into the ones that are chock-full of scandalous details. Her first doc was Thought Crimes: The Case of the Cannibal Cop, which dug into Gilberto Valle III, the New York City officer who spent hours online conspiring to abduct, rape, kill, and eat women in his life. Next, Carr delivered Mommy Dead and Dearest, which unfurled the complicated and tragic story of Dee Dee Blanchard and Gypsy Rose Blanchard. Earlier this year, Carr brought to HBO I Love You, Now Die: The Commonwealth v. Michelle Carter, which dug into the sensationalized case of a teen girl accused of online bullying her boyfriend into suicide. By these standards, the contents of How To Fix A Drug Scandal might seem bland. However, Carr knows how to unfurl a fascinating story that is stranger than fiction.

How To Fix A Drug Scandal has a high dose of empathy.

A staple of Carr’s work is that she refuses to paint her subjects in the black-and-white terms of heroes and villains. In the cannibal cop doc, she aimed to understand what might push a family man to while away his nights in chat rooms talking about the most horrific stuff imaginable. Mommy Dead and Dearest exposes the life-long history of abuse Gypsey suffered at the hands of her deceitful mother and how that led to assisted matricide. I Love You, Now Die gives Carter’s story the You’re Wrong About treatment, first exhibiting how the prosecution and the press covered the case, then diving into the defense.

In How To Fix A Drug Scandal, this thoughtful filmmaker explores not only the crimes of the condemned chemists but also those who were convicted on drug charges because of their work. The Netflix mini-series interviews the friends, family, and defense attorneys to paint a picture of all of the above outside of the stereotype typically reserved for those convicted on drug charges. These people are also husbands, grandfathers, sisters, daughters and friends. And Carr won’t let you forget it.

Carr puts the system on trial.

In her work, Carr looks beyond the shocking headlines to the people within them. She seeks to create complicated portraits of people who make mistakes and commit crimes. Then, she pushes beyond these personal stories to expose the systemic and societal issues that contributed to tragedy. Sometimes this means exploring the societal understanding of fetish and fantasy. Sometimes it means pointing a finger at a child welfare and healthcare system that ignored all the red flags that led to scarring abuse then murder. Sometimes it means exploring a culture that is giddy to blame teen girls but reluctant to acknowledge the mundane menace of teen depression.

This time, it means exploring a justice system that treats drug-crime suspects as dirt at every step. The testing of their evidence should be objectively done, not with an angle to please the prosecution or make a score. Their convictions should be based on rigorous testing, not “dry labbing.” Their freedom should not be in jeopardy because of a District Attorney office that doesn’t want to fess up to the full degree of negligence across the state for nearly a decade.

Compared to some flashier Netflix true-crime offerings, How to Fix A Drug Scandal may seem tame. However, what it has to say about our justice system and its treatment of people arrested on drug charges is powerful and important. It exposes a vicious hypocrisy through the exploration of Dookhan and Farak’s cases, revealing how getting a good-looking answer is too often valued over getting the right one.

After four episodes, I was shocked, awed, and haunted by what Carr uncovers. Chiefly, I could not shake Farak’s defense of her own actions. Though she never speaks directly to the cameras, her testimony and interviews with her family reveal a lot of her thought process during the times of her crimes and after. She insists her results were solid, because if they weren’t real drugs, she wouldn’t have stolen them. She believed all those people whose evidence she handled deserved to be locked away from their loved ones, even as she dipped into their stashes.

How to Fix A Drug Scandal is now on Netflix.

← A Slightly Disheveled, Dead-Sexy Walton Goggins Makes a Cocktail | The Best And Worst Of Star Trek: Picard Season One →