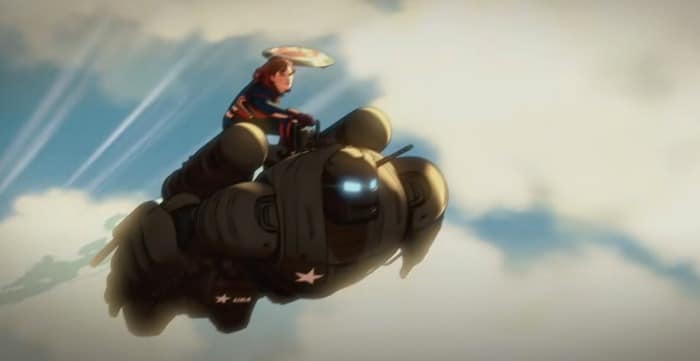 Marvel Ponders The Multiverse Some More

Disney Presents Goofy in How to STay At Home on Disney+ at 3:00am ET. Series premiere. Disney getting back into the public service announcement game with episodes like “How to Wear a Mask”, “Learning to Cook” along with “Binge Watching” because you have to train the next generation of content consumers early.

What If…? on Disney+ at 3:00am ET. Series premiere. Captain Peggy Carter is the first episode up.

The Challenge on MTV at 8:00pm ET. 37th season premiere. MTV is pulling in a lot of overseas reality stars to keep the franchise alive and stocked with contestants whose knees still work.

Family Game Fight! on NBC at 9:01pm ET. Series premiere. Dustin already shared his thoughts on this show and it does not sound like an enjoyable time for anyone. Unless you really like watching couples clearly in a fight attempting to not-fight in public, then maybe you can scratch that itch while remaining safely socially distanced for a while.

← 'Reservation Dogs' Review: Get Out or Die Trying | Arnold Schwarzengger Goes Off on Anti-Vaxxers: 'You're a Schmuck' →