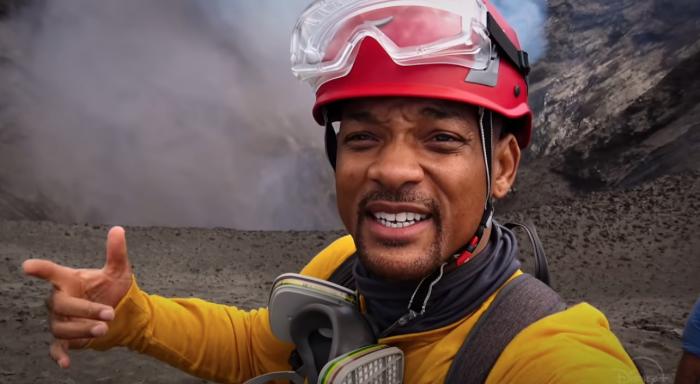 Will Versus The Volcano

Welcome to Earth on Disney+ at 3:01am ET. Series premiere. This is a nature special hosted by Will Smith where he travels to the most extreme ends of the planet and is amazed by them for our viewing entertainment.

The CW Special: Christmas Around the World on The CW at 8:00pm ET.

CSI: Vegas on CBS at 10:00pm ET. First season finale. I had not watched any of this because I just have not taken the time to actually episodes on Paramount+, but now that the whole season’s out maybe I’ll run through it over the holiday. And immediately regret doing so, I’m sure.

It’s Always Sunny in Philadelphia on FXX at 10:00pm ET. There are two episodes on tonight. There were also two episodes last week, but since it was the season premiere I thought it was just because of that. Apparently not, you’re getting a double helping of The Gang two weeks in a row.