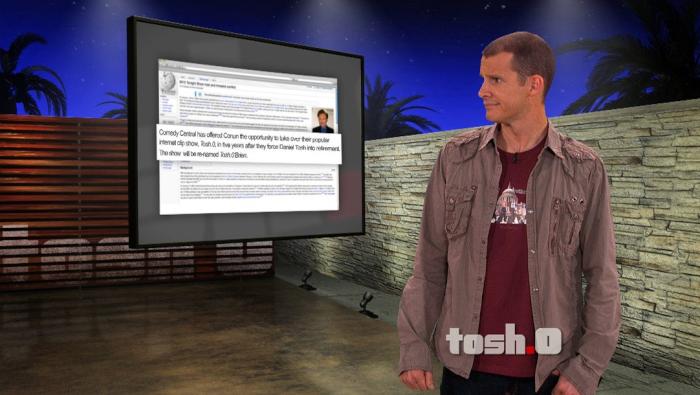 We Have Survived the 'Tosh.0' Era

Next on Fox at 9:00pm ET. This show was canceled after only two episodes and yet Fox is just letting the rest of the series play out. Given that Hulu exists, it seems like a strange choice but I guess maybe there’s nothing else to put in that time slot.

Tosh.0 on Comedy Central at 10:00pm ET. Series finale. I guess we’ll have to track down our own funny internet clips from now on and supply our own commentary. This is basically how most of the internet works now anyway. No word on what Daniel Tosh will get up to next.