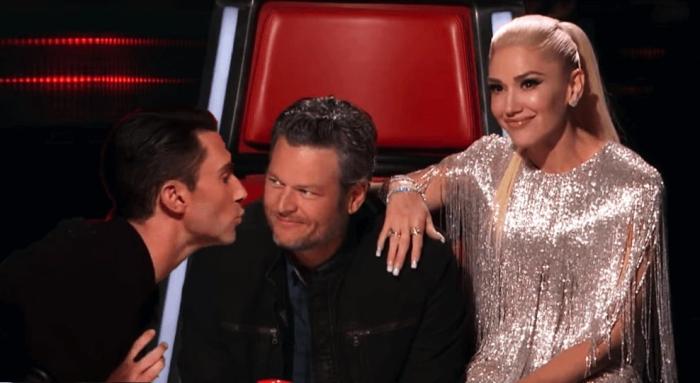 When Romantic Relationships and Workplaces Go So So Wrong

The Voice on NBC at 8:00pm ET. Apparently Blake, Gwen’s husband, and Gwen Stefani are actually going to be COMPETING against each other this season even though they’re married?!? Like professionals doing their goddamn jobs?!? At least that’s the tone the ads I’ve seen for this season seem to take.

Pandora on The CW at 9:00pm ET. First season finale. No word on a second season for this show.

In a Man’s World on Bravo at 10:00pm ET. Series premiere. I’m just gonna quote directly from Bravo’s own website here and picture me typing this with my eyebrows all the way up at my hairline: “Bravo’s new event series In a Man’s World will follow four women as they temporarily morph into men to see how the other gender lives… With the help of the Academy Award-winning Special Effects make-up team of Lou and Dave Elsey, as well as voice and movement coaches, these women will be trained to walk, talk and look like men in order to go undercover for two days to experience what life is like for guys.” Viola Davis is the executive producer.