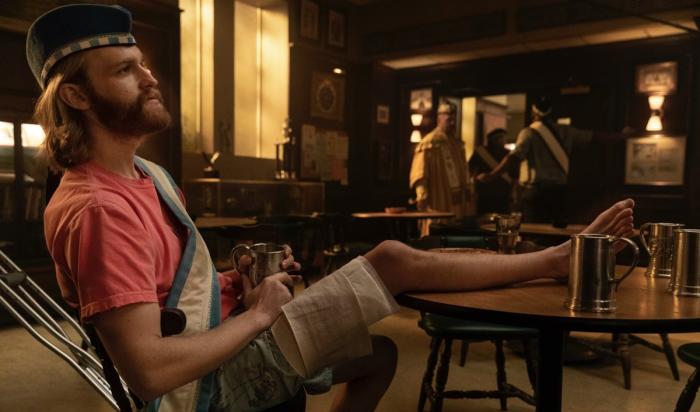 Whatever You Think is Happening In This Picture, It's Definitely Weirder Than That

NLCS Game 3 - St.Louis Cardinals at Washington Nationals on TBS at 7:35pm ET. The Nationals stadium is less than a mile from my apartment so I’m both glad the local team is doing well this year and dismayed that my commute home is going to be disrupted by baseball fans for at least another week, possibly longer!

Antiques Roadshow on PBS at 8:00pm ET. There’s a lot of debate over when particular slang terms are dead or dated and I can’t really plant my flag in any particular spot because it depends a lot on context and what the slang term itself is referring to. But tonight’s episode of Antiques Roadshow is titled “Junk in the Trunk” and I think that’s a pretty clear indication of where that term is in terms of cultural relevance.

Lodge 49 on AMC at 10:01pm ET. Second season finale. My fiancé is a big fan of this show and considers it the closest thing we’ll ever get to an actual Thomas Pynchon television series, in case any of you are also into that sort of thing. I am mostly impressed at how Wyatt Russell is an absolutely PERFECT combination of his parents.