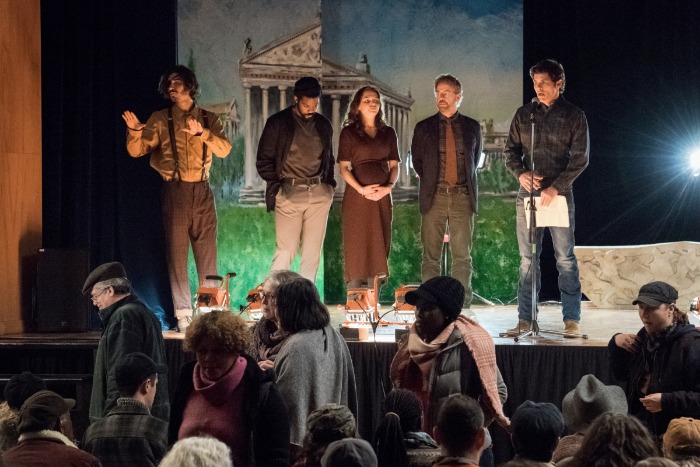 The Stand on CBS All Access at 3:00am ET. So the consensus last week was that people do not like this adaptation! Which makes sense to me, I’m not loving it either. I think the biggest problem is that it’s INSANE to adapt The Stand into one mini-series. There are at least three distinct storylines in the novel that could easily fill 10 episodes apiece; the initial pandemic and feelings of being drawn to the west, establishing Boulder and Vegas, and then the confrontation we’re moving towards. It’s a huge book! Squeezing it down this way is bound to flatten the stories and make it hard to develop a strong sense of the characters.

Walker on The CW at 8:00pm ET. Series premiere. This is a “re-imagining” of the series Walker, Texas Ranger which famously starred Chuck Norris. Jared Padalecki will be filling Norris’s shoes, unclear if he will be using those shoes for Norris-esque roundhouse kicks. Also, feels a little weird that Padalecki’s actual wife is playing the dead wife in this.