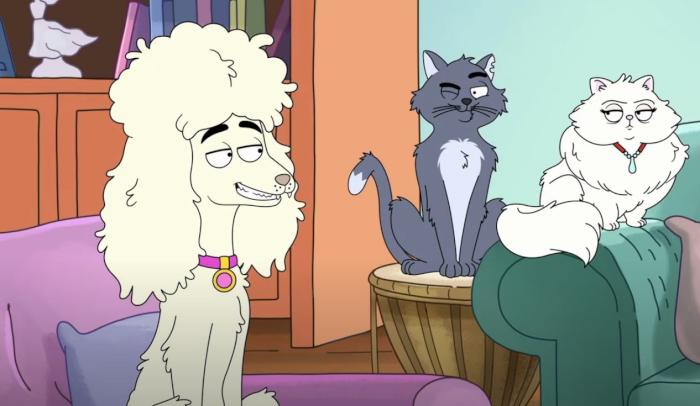 Look At All These Famous Voices!

Housebroken on Fox at 9:00pm ET. I googled this to see how I’d missed it and was impressed with the cast until I figured out that it’s an animated series and the star-studded cast is just providing voice work. The conceit is that a therapy dog applies her knowledge of human neurosis to her animal friends in group therapy sessions. Lisa Kudrow voices the main dog, Honey, but this also features several cast members from Veep, and Jason Mantzoukas as other animals.

The Republic of Sarah on The CW at 9:00pm ET. Series premiere. This is a new series about a small town in New Hampshire where a dispute over mineral rights ends up with a federal ruling that the town is not part of the United States and never was, so it becomes a new country with a “rebellious high school teacher” named Sarah Cooper as the leader. It’s a drama, not a comedy, which I find a little confusing but I guess we’ll see where they go with it.

← Netflix's 'Sweet Tooth' Imagines a Gentler, Kinder Post-Apocalypse | If You Give A Horse Some Blotter Acid →