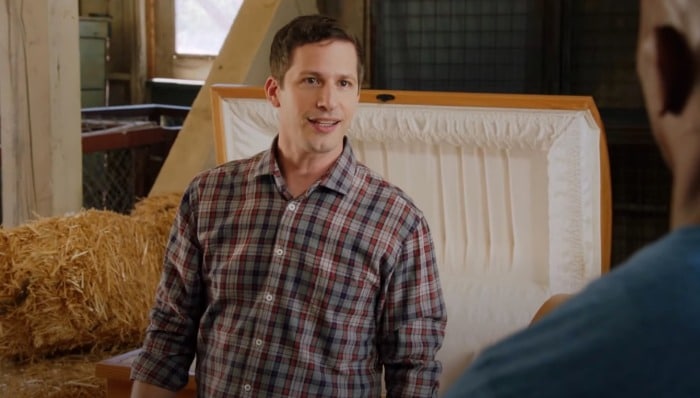 Farewell to Jake Peralta and His Many Layers

The Premise on FX on Hulu at 12:01am ET. Series premiere. I can’t tell you what this show is about, just that B.J. Novak hosts it and lots of famous people are involved.

When Nature Calls With Helen Mirren on ABC at 9:00pm ET. I’m still a little amazed that with all the original shows that are going straight to streaming, Helen Mirren narrating over recycled nature footage is primetime on ABC.

New York Giants at Washington Fender Benders on NFL Network at 8:20pm ET. Since Dan fucking Snyder can’t be bothered to come up with a non-racist name for our football team, I’ll start calling them after whatever feature of DC life (actual life in DC, not the nonsense going on in the Capitol) happens to come to mind as I’m writing about them. Enjoy!

← Bill Maher Wants You To Know That He Lives In A Pretentious, Privileged Fantasy World | Bob Saget Remembers Norm Macdonald in Touching Tribute →