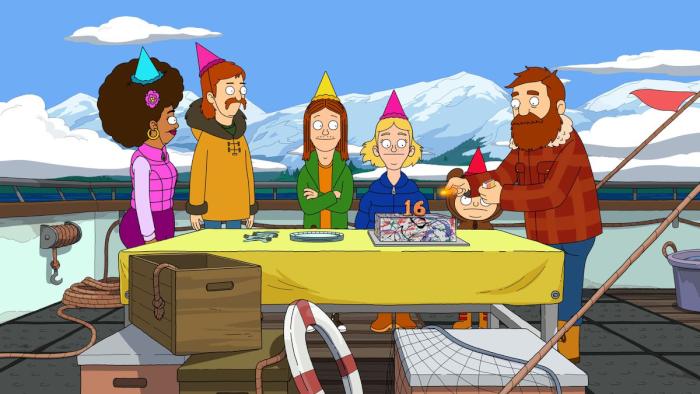 The North Remembers, or At Least Comes Back for a Second Season

The Great North on Fox at 8:30pm ET. First season finale. This is coming back for a second season!

2021 MTV Movie & TV Awards on MTV, MTV2, BET, Comedy Central, Nickelodeon and all other Paramount associated cable channels at 9:00pm ET. 90-minute special presentation. I find it amusing that MTV is keeping up with these awards when it is completely unclear to me how much cultural cachet they have anymore.

The Nevers on HBO at 9:00pm ET. First season finale.

Death and Nightengales on Starz at 10:00pm ET. Series premiere. This is just a three-part miniseries adaptation of the book of the same name, which chronicles a single day in the life of a young woman named Beth Winters. Starring Ann Skelly, Matthew Rhys, and Jamie Dornan. This premiered on RTÉ One in Ireland and BBC Two in the UK back in November 2018, so if you go googling around you will likely find some spoilers. Because The Nevers airs at 9:00pm ET, Skelly is barely avoiding competing with herself tonight.