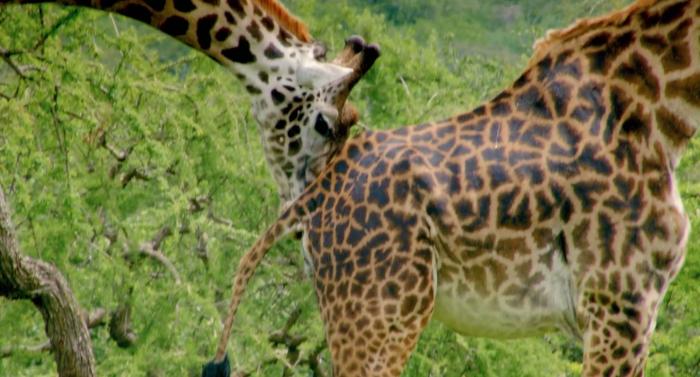 Trying to Remember How to Socialize After Lockdown

Life at the Waterhole on PBS at 8:00pm ET. Series premiere. PBS says “Explore the drama as African wildlife flock to a manmade waterhole rigged with cameras.” Honestly, I kind of wish this was available as a live feed with no commentary. I could definitely see just popping open an extra browser window just to watch some animals do their thing at the watering hole as a form of background TV.

The Goldbergs on ABC at 8:00pm ET. Eighth season finale.

The Masked Singer on Fox at 8:00pm ET. We’re into the semifinals and the remaining characters are Black Swan, Chameleon, Piglet, and Yeti. Sounds like a petting zoo in hell.

The Conners on ABC at 9:00pm ET. Third season finale. This was just recently renewed for a fourth season. To what purpose, I have no idea.

← Recap: How Many 'Cruel Summer' Episodes Remain? | 'The Handmaid's Tale' Recap: Come With Me If You Want To Live →