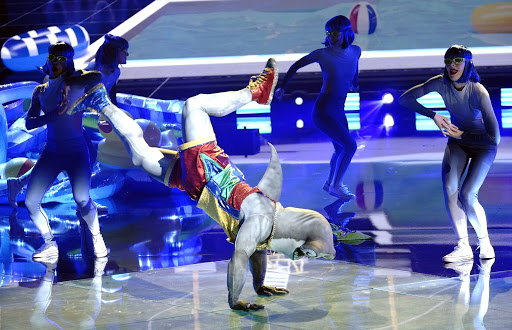 There Are No Inaugural Balls, But There is Dancing

The Inauguration of Joseph R. Biden Jr. on ABC at 8:00pm ET. Most of the major networks will be covering the ongoing Inaugural activities this evening. Normally these would be balls and other live events, but tonight it’s a lot of virtual performances from my understanding. On the one hand, at least Biden doesn’t have to rally after a very long day to press the flesh and make the rounds at a ball. On the other hand, it is just another kind of nice thing that we can’t do because of the previous administration’s horrific mishandling of a pandemic.

The Masked Dancer on Fox at 8:00pm ET. Did I say most of the major networks? I meant all of them except Fox and The CW.

Riverdale on The CW at 8:00pm ET. Fifth season premiere.

CB Strike on HBO at 10:00pm ET. Second season premiere. This is the series based on the private detective books by Robert Galbraith aka J.K. Rowling.

← Queen Latifah is Too Old To Be An Action Hero On "The Equalizer," According To The F---boys On Social Media | 'Superman and Lois' is Getting a Two-Hour Premiere No One Asked For →