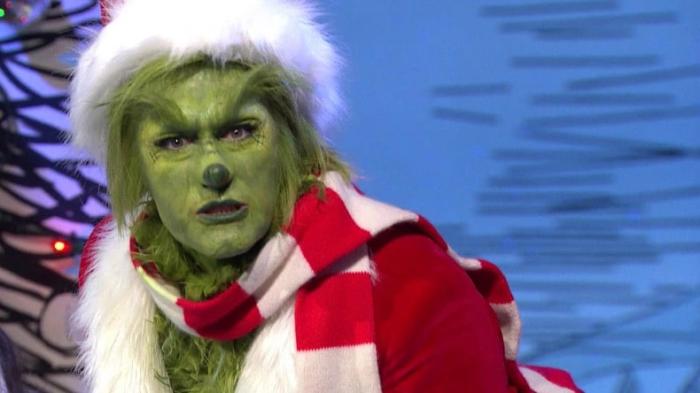 No Thank You, Matthew Morrison

Dr.Seuss’s The Grinch Musical! on NBC at 8:00pm ET. We have one perfectly good animated version of The Grinch, I do not understand why people refuse to understand this and continue to make nightmare concoctions based on that book.

Greatest Holiday Commercials Countdown 2020 on The CW at 9:00pm ET. One-hour special presentation. Every year there’s at least one of these specials and I don’t object to them on principle, some commercials take on lives of their own (coughfolgersincestcough) but I DO find it particularly egregious that these specials typically have commercial breaks. You sit down to watch an HOUR of commercials with commentary, but you only actually get to watch 44 minutes of that because the rest of the time is filled with… commercials. Something about it just feels insane.

Alabama Snake on HBO at 9:00pm ET. This is a documentary about a Pentecostal minister from Alabama who was accused of attempting to murder his wife via rattlesnake. It also features some information about the Pentecostal snake-handling tradition, which probably does not really explain or absolve a guy who tried to murder his wife with a snake.

I Can See Your Voice on Fox at 9:01pm ET. First season finale.