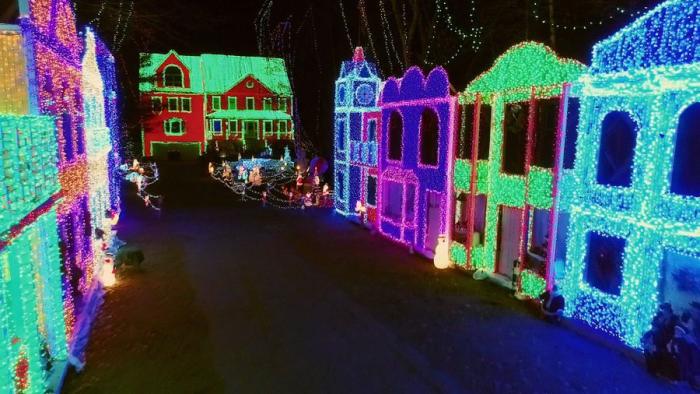 May Your Houses Be Merry and Bright, Just Not This Bright

Christmas at the Castle on Lifetime at 8:00pm ET. Original telefilm.

Guy’s Grocery Games on Food Network at 9:00pm ET. For those of you who don’t keep up with the Mayor of Flavortown, he’s been hard at work raising over $20 million for restaurant workers who have been struggling during the pandemic. That is through the Restaurant Employee Relief Fund which is distributing money to over 43,000 restaurant workers. Now, the depictions of Santa usually have all white hair, not frosted tips, but Guy does have a broad face and a little round belly that shakes when he laughs, like a bowl full of jelly.

Buddy Valastro: Road to Recovery on TLC at 9:00pm ET.

The Real Housewives of Salt Lake City on Bravo at 10:00pm ET. ‘Tis the night before the night before Christmas and the pickings are VERY slim. Hence, I will be off until Sunday night. Happy Christmas to all who celebrate, and to those who don’t just know that I am grateful for all of you all year round.