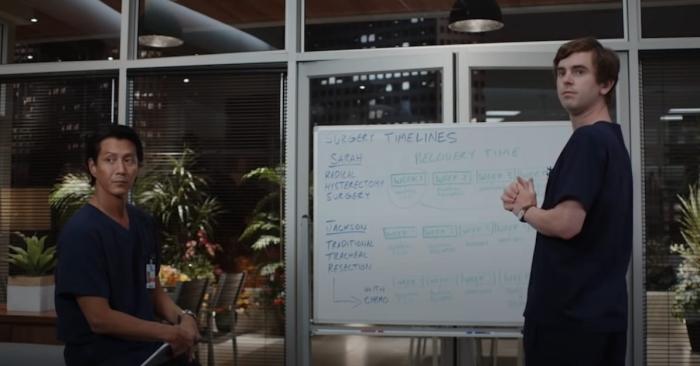 It's Serious Doctor Time When the White Board Shows Up

Dancing With the Stars on ABC at 8:00pm ET. Jojo Siwa, who rose to fame with her participation in a show about dancing, is a contestant this season. I don’t have any particular feelings about this, I just enjoy documenting how many professional dancers they’re using on this show that’s ostensibly a dance contest where “amateurs” are paired with professionals.

Chocolate Meltdown: Hershey’s After Dark on Food Network at 10:00pm ET. Series premiere. Man, forcing people in a baking show to use Hershey’s products is a little mean. But I guess it doesn’t work as well as a commercial for the amusement park if they use real chocolate.