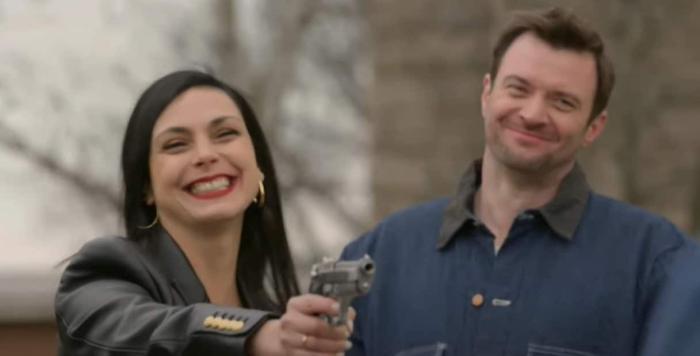 How Can You Not Renew Gleefully Armed Morena Baccarin?

E! Live From the Red Carpet - Met Gala 2022 on E! at 6:00pm ET. Three-hour special presentation. So, sometimes I think that we don’t need breathless social media/E! coverage of some fashion events and its entirely because it spooks people out of being as weird as they should be. The Met Gala should be DEEPLY WEIRD and in recent years the vast majority of attendees are just doing “colorfully elegant”. Of course, then the weirdness bleeds out into other events and you start pondering what is the goal of men’s fashion based on what Dan Stevens wore to the Gaslit premiere.

The American Song Contest on NBC at 8:00pm ET.

We Own This City on HBO at 9:00pm ET. On the first episode of this, a cop in a surveillance van wore a Baltimore Blast tee shirt, a reference that probably sounds made up to anyone who doesn’t live within a 20-mile radius of Baltimore and even some people who do. Good work, Mr.Simon.

The Endgame on NBC at 10:01am ET. First season finale. No word on a second season yet, hope this episode is satisfying!