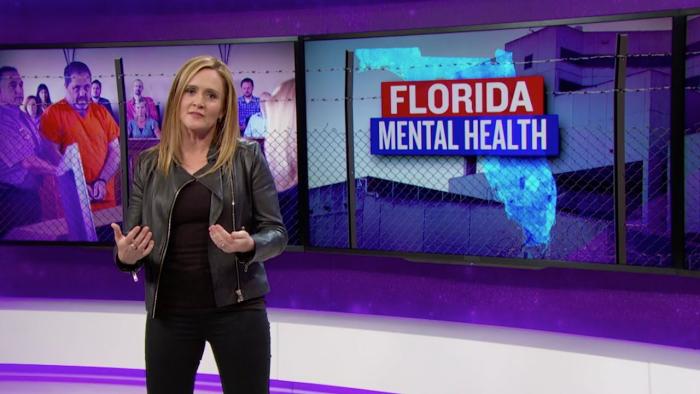 Happy Canada Day to Samantha Bee and All Our Other Canuck Friends!

The 100 on The CW at 8:00pm ET. How many shows in their “victory lap” season do you think feel exceptionally lucky to have slid in under the wire of 2020 shut downs? Probably a lot!

Married at First Sight on Lifetime at 10:00pm ET.

Full Frontal with Samantha Bee on TBS at 10:30pm ET. I usually make jokes on shows like this about how you create entertaining content right now when there is just SO MUCH CONTENT but I also feel like that’s a thing that’s helping Trump. Nothing sticks to him because as soon as you spend more than three minutes thinking about something like, say, the fact that he’s a clear and present danger to national security and loves palling around with a bunch of violent dictators who are targeting American soldiers, then several other massive problems just start piling up and short-circuiting your ability to focus. The problem is less that there’s nothing that can stick to him, it’s that when you’re looking at a 50ft high pile of shit it’s hard to pick out the one piece of shit that REALLY makes it a problem. Or even a dozen pieces of shit. Even if they’re really big. It’s just another piece of shit in a big pile of shit. Anyway, who’s got fun plans for the 4th? Everyone sitting inside staring at the same people you’ve been staring at for months? Yeah? Me too.

← Review: 'Mr. Jones' Is A Reminder of the Force of Bearing Witness | Lena Dunham Wants You to Know Hollywood Is 'Rigged in Favor of White People,' e.g., Lena Dunham →