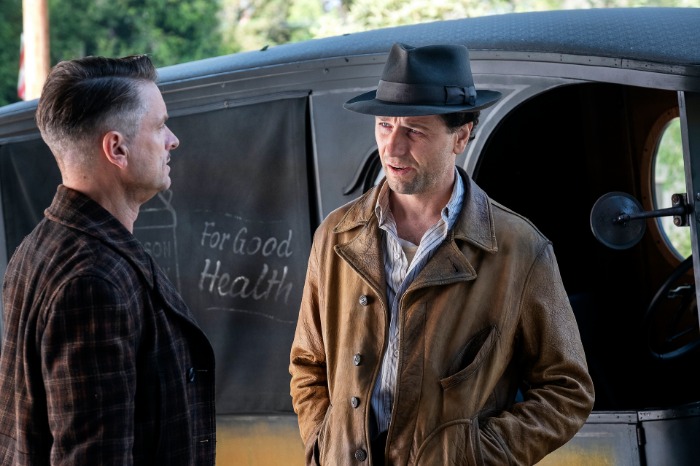 The Evolution of a Law-Talking Guy

Milwaukee Bucks vs. Houston Rockets on ABC at 8:00pm ET. Basketball coming to us straight from the Happiest Place on Earth, which is also apparently the only safe zone in all of Florida.

Perry Mason on HBO at 9:00pm ET. If you’re having trouble keeping track of time while things are fucking terrible and you really need something to ground you in a moment, I’ve found that every single episode of this that I watch, I’ll think “Wow, feels like this must be almost over” and I check and it’s been like, 15-20 minutes. So if you really need an hour to feel like an hour (or more!) this is your show.

Taskmaster on The CW at 9:00pm ET. Series premiere. The British Pajibans can fill us in on this one, as it’s not a “series premiere” so much as it is an “American premiere” but that’s how us Americans roll; it doesn’t exist until we have it.

I’ll Be Gone in the Dark on HBO at 10:00pm ET. First season finale. I’m assuming this is also a series finale, but “season finale” is what it says on the website I consult so I guess that’s what we’re calling the last episode of this gut-wrenching series.

← Things Are Bad When the Trump Campaign Is Sending Jason Miller to Speak On Its Behalf | Sean Penn Secretly Married Leila George, The 28-Year-Old Daughter of Vincent D'Onofrio. Congrats? →