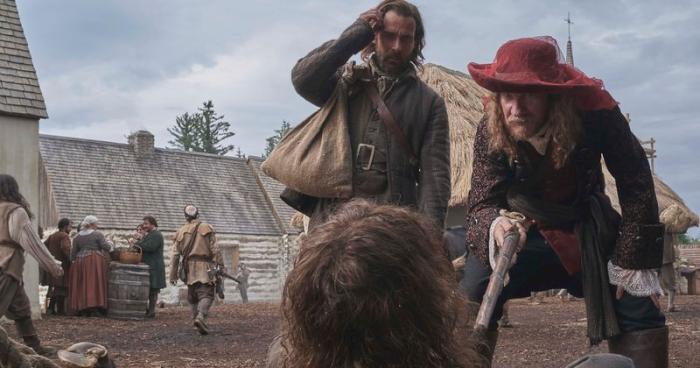 Barkskins on National Geographic Channel at 9:00pm ET. First season finale. This looks interesting but I can’t tell if that’s because it’s interesting or because I just want someone to make an interesting show about the woodsy frontier life. It is based on an Annie Proulx book and has Zahn McClarnon in the cast which are both good signs so maybe it’s worth a look. I realize the season finale is a strange time to make this decision, but right now I’m not looking for an hour or TV here or there, I’m looking for a whole day’s worth of new TV all at once before returning to my regular rotation of rewatches.

Duff Takes the Cake on Food Network at 10:00pm ET.

Songland on NBC at 10:00pm ET. Second season finale. The slide into the summer TV season feels particularly painful this year when we all desperately need new things to watch.

← There's a Decent Movie Buried Somewhere Underneath the Rubble of Pete Davidson's 'King of Staten Island' | 5 Questions We'd Ask Jeremy Piven If We Could Afford to Pay the $15,000 Asking Price for a 10-Minute Zoom Conversation →