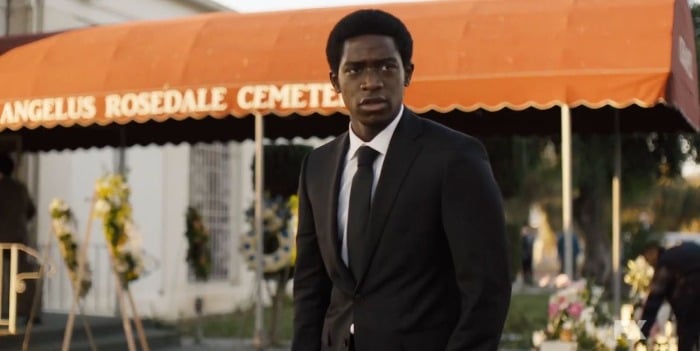 When Drug-Centered Dramas Shoot Themselves Into a Corner

Name That Tune on Fox at 8:00pm ET. Back to back new episodes.

Save the Leftovers - a Tale of Two Fridges on Food Network at 10:00pm ET. One-hour special presentation. I can’t find a good description of this online but if it is really a show about taking leftovers and making them into something new, that is EXACTLY the kind of cooking show I want these days. I am so tired of everything I know how to make from memory, you guys, and so unmotivated to get adventurous. Easy ways to spice up the food we already have would be welcome.

Snowfall on FX at 10:00pm ET. Fourth season premiere. Looks like a war is coming to Franklin Saint’s world, and that means the show is probably headed for some sort of conclusion. I’m not saying it’s impossible to keep a show about drug dealing going after the point where there’s a very big, obvious conflict but it seems like it gets a lot harder to keep it plausible.

← HBO's 'Beartown,' Marin Ireland, and the Power of an Audiobook Narrator | NHS Warns People Not To Listen To Gwyneth Paltrow's COVID Cures →