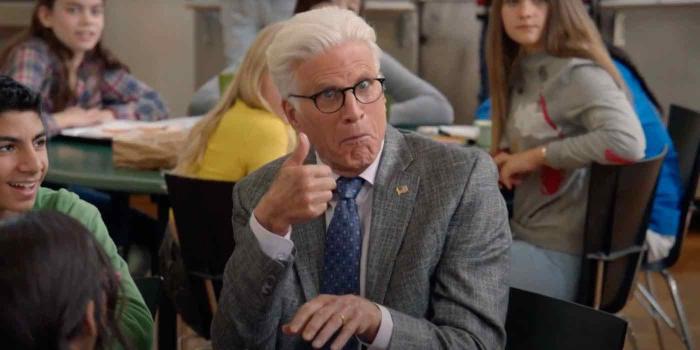 Are We Really Ready for Political Comedy or is 'Mr.Mayor' Too Soon?

Search Party on HBO Max at 3:00am ET. Fourth season finale. This is not JUST the finale episode, HBO Max is dropping the last four episodes of the show tonight.

Mr.Mayor on NBC at 8:00pm ET. Just thought of a trivia game where you just get a picture of Ted Danson in a button-down shirt with a jacket and have to determine if he’s in CSI, The Good Place, or Mr.Mayor by the outfit alone. At least Fargo let him wear a different sort of uniform.

COVID-19 and the Black Community: A Tyler Perry Special on BET at 9:00pm ET. Special presentation.

Qanon: Shadows and Lies on Vice at 10:00pm ET. First season finale. I’d like to raise my eyebrow at that “first season” but uh, yeah. There’s probably more to come.