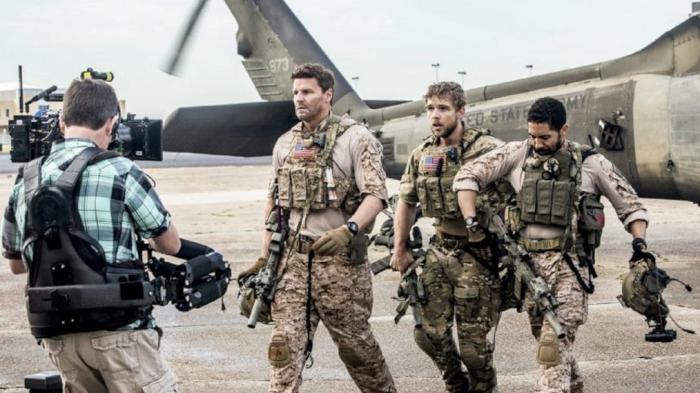 The Masked Singer on Fox at 8:00pm ET. Reviewing the wikipedia for this season, Tony Hawk survived longer than Chaka Khan? That’s a little surprising.

The Real Housewives of New Jersey on Bravo at 8:00pm ET.

Riverdale on The CW at 8:00pm ET. I have given up trying to figure out what happens on this show because no matter what I hear it sounds like a joke. And aren’t these people still supposed to be in high school? I know teenagers have a lot of energy but I also know they aren’t the best at prioritizing their time wisely. So in the midst of whatever secret society/murder investigation/dark sexual intrigue they were supposed to be focusing on they’d stop and spend three hours trying to perfect a fishtail braid or something.

Seal Team on CBS at 9:00pm ET. Two-hour third season winter premiere. I know I should be styling this as SEAL Team but I prefer to evoke the image of a group of actual seals working together to stop crime.

← ABC News Suspends Journalist After Right-Wing Org Catches Him Being ... Honest | Is Hilary Duff Hinting At the Real Reason Why the 'Lizzie McGuire' Creator Left the Reboot? →