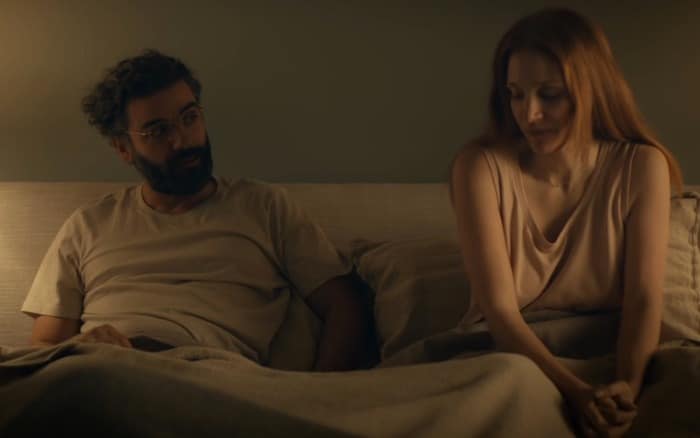 2021 MTV Video Music Awards on all the Viacom channels including but not limited to MTV, BET, MTV2, The CW, Comedy Central, etc. at 8:00pm ET. This year I’m actually familiar with more of the performers than I expected to be, so either I’m hipper than I thought I was or MTV is no longer the vanguard of the youths. I’m pretty certain it’s that second one. Like, the Foo Fighters are performing and I know we all love Dave Grohl but their best song came out almost 25 years ago.

Scenes From a Marriage on HBO at 9:00pm ET. Series premiere. This is apparently an adaptation of an Ingar Bergmann series that aired on Swedish television in 1973 but you’ll mostly know it as that thing that Jessica Chastain and Oscar Isaac are promoting right now while being incandescently hot.

American Rust on Showtime at 10:00pm ET. Series premiere. Another series set in a depressed steel town in Pennsylvania, this time with Jeff Daniels as a police officer.