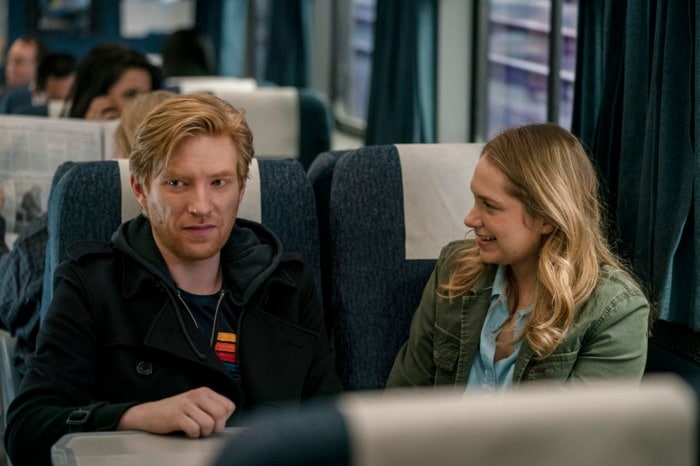 Being Stuck on a Train With an Ex For Days: The Story We Need Now

Killing Eve on AMC and BBCA at 9:00pm ET. Third season premiere. I had a very vivid dream that I watched the third season premiere of this already and woke up thinking I should write something about it, except that in the dream version the character of Eve had medical experience because my subconscious clearly cross-referenced Sandra Oh’s OTHER notable TV drama role somehow. So my shelter-in-place experience is obviously going super great. How are all of you guys?

Run on HBO at 10:35pm ET. Series premiere. This is a new series about a woman who made a pact with her college boyfriend that if either of them texted “run” to the other, they’d drop everything and take a trip across the country together. The series starts 17 years after they made this agreement. Series creator Vicky Jones is from England (like executive producer Phoebe Waller-Bridge) and they must have a different kind of men over there, because my experience with college boyfriends was less making lifelong pacts of emotional support and adventure and more fighting over whether they should call me their “girlfriend” after several months of dating.

← A Funny, Hopeful, Emotional Saturday Night Celebrity Seder Puts a Lot of Good in the World | Chris Cuomo Will Not Be Taken Down →