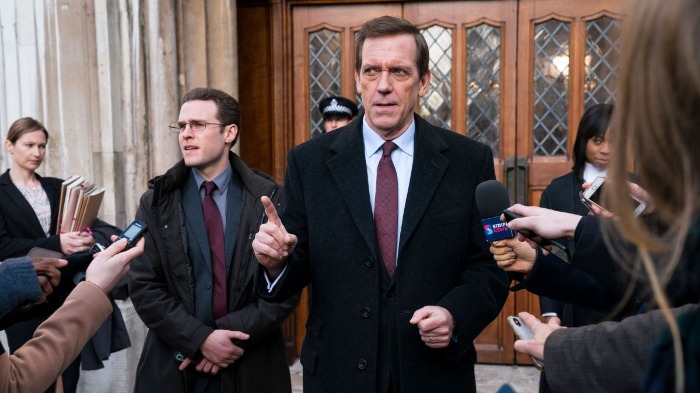 On the 12th Day of Christmas on Hallmark at 8:00pm ET. Original telefilm.

The Simpsons: Treehouse of Horror XXXI on Fox at 8:00pm ET.

Bob’s Burgers on Fox at 9:00pm ET. This is also their Halloween episode because we’re in that mystery autumn time where it’s still Halloween for some people but already Christmas for others. Thanksgiving just sighs in the background, knowing that we’ll all be around to eat a whole lot of potatoes and stuffing even if we don’t appreciate it properly.

Roadkill on PBS at 9:00pm ET. Series premiere. This is a new British political thriller starring Hugh Laurie. It’s unclear exactly what it’s about, the description mostly talks about how Hugh Laurie’s character is a “charismatic politician” who is “shamelessly untroubled by guilt or remorse” and that does not sound like a fun escapist show at the moment!

← Review: 'The True Adventures of Wolfboy' Is A Must-See Coming-Of-Age Fantasy | Trump Left Another Crowd Out in the Cold, This Time in the Battleground State of PA (Smart!) →