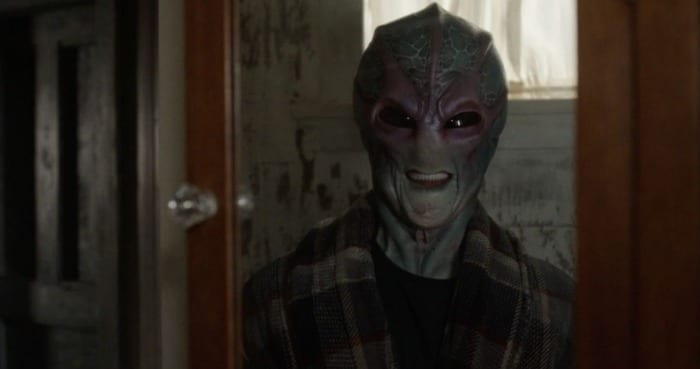 Still Less Terrifying Than All the 'Masked Dancer' Costumes

The Challenge: Double Agents on MTV at 8:00pm ET. My husband has recently been binge-watching all the seasons of this that are available on CBS All Access so I’ve gotten to watch about 12 years of this show in short succession. This means I’ve watched some of the same people coming back year after year, and as someone currently in my mid-30s watching people in their late-30s to early-40s returning regularly, I don’t know how much money you would have to PROMISE me (not conditional on winning) to live in a dorm-style bunk bed around a bunch of 20-somethings trying to make themselves reality TV stars for weeks on end.

Resident Alien on SyFy and USA at 10:00pm ET. Series premiere. This is Alan Tudyk’s new series where he plays an alien that has disguised itself as the doctor in a remote Colorado town. Seems like a good use of Alan Tudyk’s many talents.