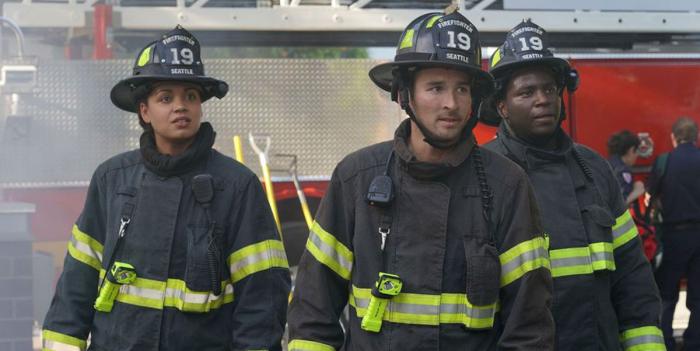 Can a Series Survive on Crossover Events Alone?

Presidential Address to the Nation on ABC, CBS, Fox, and NBC at 8:00pm ET. Hey! Biden’s going to talk to us! I assume this has to do with the COVID-19 relief package, but maybe it’s just an update on how his very good boys Champ and Major are doing after a stressful week.

Station 19 on ABC at 8:20pm ET. Fourth season spring premiere. There’s ANOTHER big crossover event between this and Grey’s Anatomy, that has to do with scary sex traffickers, which is sapping all the goodwill I had for how Grey’s was handling their COVID stories. And I’m annoyed at ABC in general for the continued attempt to force me to watch Station 19 in order to understand what’s happening on Grey’s.

← Do You Know the Oliver Reed Foot Fetish Movie, 'Dr. Heckyl and Mr. Hype'? | Are We Supposed to Feel Sorry for Armie Hammer? →