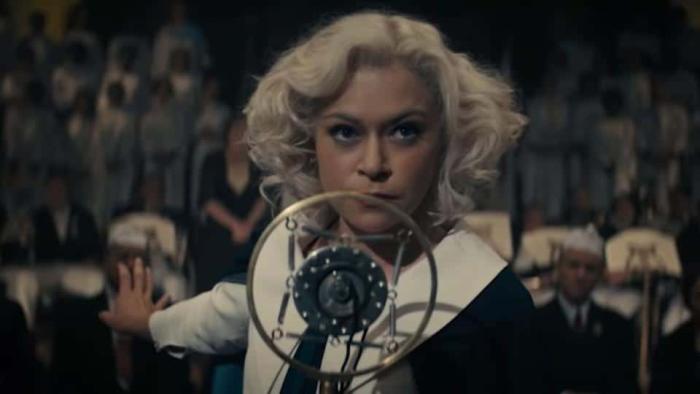 Tatiana Maslany in a Blonde Wig is Always a Solid Choice

Lucy Worsley’s Royal Myths and Secrets on PBS at 8:00pm ET. Series premiere. This first episode is about Elizabeth I.

The Room Where it Happened: ABC News Exclusive Interview with John Bolton on ABC at 9:00pm ET. I hate that this man took the title of a song from Hamilton as his book title. ANYWAY, if you’re looking for something less infuriating to watch in the theme of the day, might I recommend Uncorked on Netflix? A nice little movie about a father and son at odds with each other which happens to star my brother’s good friend Mamoudou Athie, along with Courtney B. Vance and Niecey Nash. Mamoudou’s next major role is in Jurassic World: Dominion so this is your chance to say you noticed him before he got big.

Perry Mason on HBO at 9:00pm ET. Series premiere. Of course the gritty reboot of Perry Mason might be more your Father’s Day speed. I’m showing up for Matthew Rhys but I have a feeling I’ll be sticking around for Tatiana Maslany.